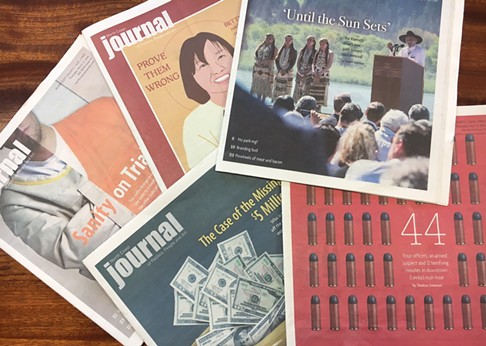 Kind of a long drumroll, in fact. The California Newspaper Publishers Association has announced its finalists for first or second place awards in its 2016 Better Newspapers Contest and the North Coast Journal is up for seven. But we won't know the final results until next month. But while we're waiting, here is the list of work the judges have chosen: