TL;DR: There Are No Easy Answers to Last Chance Grade 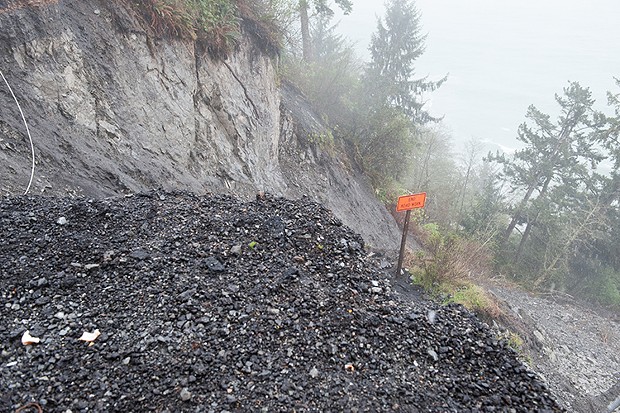 Didn’t have time to read this week’s cover story? We understand. Life can get hectic. To help out, here are some takeaways from this week’s feature, which delves into the complicated tangle of issues surrounding Last Chance Grade and efforts to move the roadway inland.

Long story short, there are no easy answers to finding a way around the 3-mile stretch of U.S. Highway 101 just south of Crescent City. Named after a landslide which struck when a wagon road was first cut across the soaring cliffside locale in 1894, Last Chance Grade has been failing for decades.

While nearly everyone involved — from local, state and federal officials to environmental groups and landholders — agrees the vital but fragile road linking Del Norte County to the rest of the state needs to be relocated, there are two major issues: funding and a host of environmental ramifications that include impacts on a United Nations’ World Heritage site.

Studies are still needed on six proposed alternative routes — estimated to cost between $300  million and $1 billion — with the first geotechnical tests recently receiving a green light, a major step  in determining what can be built where in the challenging terrain. 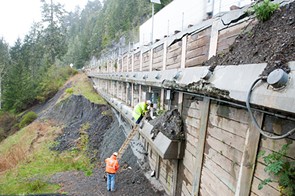 Alternative A1 (Rudisill Road to LCG Tunnel)
This alternative, which includes a 2,000-foot tunnel under Del Norte Coast Redwoods State Park, is 3.2 miles long at a cost of $680 million and would impact old growth redwoods. Project timeline: three years.

Alternative A2 (Rudisill Road to Damnation Trailhead)
Also 3.2 miles, this route goes through old growth forest and includes a 115-foot high, 1,100-foot long bridge through the tree canopies to reduce its impacts. The cost is $275 million. Project timeline: two years.

Alternative C3 (Rudisill Road to South of Mill Creek Access)
This project has a footprint of 245 acres, three times larger than the A options. The 8-mile route, which avoids old growth trees, includes a 1,680-foot tunnel. The cost is $980 million. Project timeline: three years.

Alternative C5 (Rudisill Road to Hamilton Road)
At nearly 12 miles, this is the longest and most expensive of the proposed routes. It avoids old growth, but impacts 93 acres of mature redwoods within its 330-acre footprint. Construction would include 11 bridges and a 1,680-foot tunnel. Cost is $1.25 billion. Project timeline: four years.

Alternative F (Full Tunnel)
One of the most technically challenging, this alternative is a 1-mile tunnel to bypass the Last Chance Grade slide. While it has the smallest footprint at 4.5 acres, it also has the longest timeline at 6.5 years. The cost is $1.05 billion.

The maintain the current route option:
Under this alternative, Last Chance Grade will require regular maintenance and emergency restoration projects, as needed, to address changing conditions, with a projected cost of approximately $26 million by 2034. A large, deep slide could cause a major road failure and complete closure. Some potential options closest to the existing alignment include a retreat upslope that could require cutting more than 100 old growth trees.