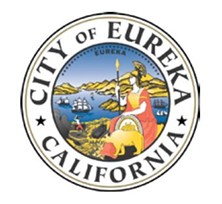 UPDATE: A city council vote on whether to temporarily shut down the Eureka Visitor’s Center has been postponed until May 2 to allow Mayor Frank Jager and City Manager Greg Sparks to attend the meeting.

Previous:
The Eureka City Council on Tuesday will consider temporarily shutting down the visitor’s center after the Greater Eureka Chamber of Commerce’s $110,000 service contract runs out at the end of June.

A staff report for the consent agenda item recommends rejecting the chamber’s proposed rate of $13,500 a month to keep the doors open while the city goes through an open bid process for the center’s operation, noting “the budget savings will be helpful going into next year.”

In an email to the Journal, City Manager Greg Sparks says he would prefer not to have a gap in service but “we believe that visitors receive information in many different ways about Eureka and Humboldt County and do not believe this gap will have a significant impact on visitor spending.”

Proposals to take over what for decades has been the chamber’s role are due in June. The city is requiring that the center — which serves an average of 10,000 walk-ins and 26,000 website visitors a year — be up and running by January of 2018.

The chamber also produces 40,000 Eureka Visitor Guide copies annually as a part of its contract with the city.

Chamber Executive Director Don Smullin says the business organization is still considering whether to submit a proposal as members weigh the chamber’s priorities in the wake of an increasingly bumpy relationship with the city.

He says the chamber has been spending about $40,000 a year to subsidize the center’s expenses after the city reduced funding levels in recent years, citing budget constraints.

Sparks also terminated the city’s long-term contract with the chamber to provide visitor services, which resulted in the current one-year agreement that expires in June.

“This has been an ongoing thing for four years now,” Smullin says. “It’s very frustrating.”

Sparks states there were questions about what kind of return on investment the city was receiving and the decision was made last year to put the contract out to a competitive bid.

The center currently operates out of the chamber’s Broadway office, which is owned by the city. The chamber’s 75-year lease on the building runs out in 2032.

“We thought there may be a more cost-effective way of providing services,” Sparks wrote.