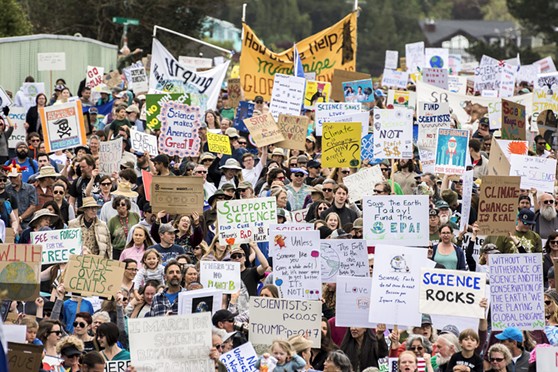 Local scientists, students of all ages and other advocates for science-based decision making joined more than 600 other March for Science events in cities around the U.S. to both celebrate Earth Day on Saturday and protest the Trump administration's policies and positions with regard to climate change and other issue.

The largely non-partisan Humboldt March for Science in Arcata, following a science expo and rally at the D Street Neighborhood Center, attracted an estimated crowd of 2,000 or more. The march from the Center to the Arcata Plaza and back was filled with creative signs with quotes that ranged from Aldo Leopold to Dr.Seuss. Others were filled with optimism ("Make America Think Again"), science advocacy and humor. 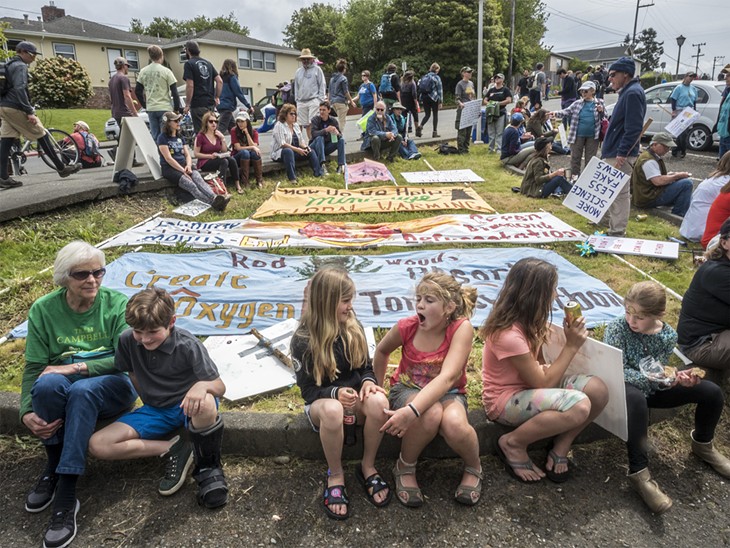 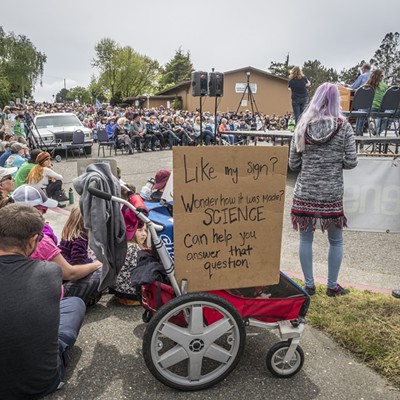 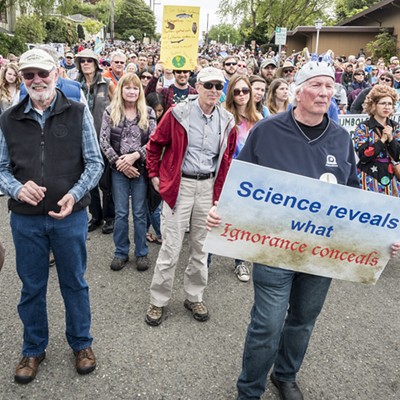 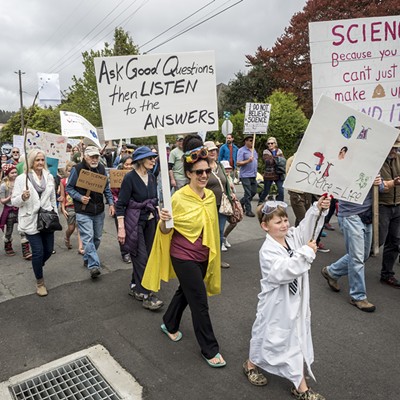 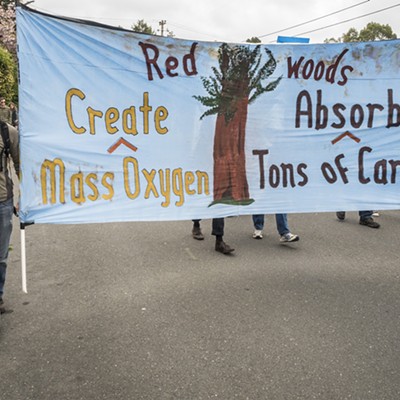 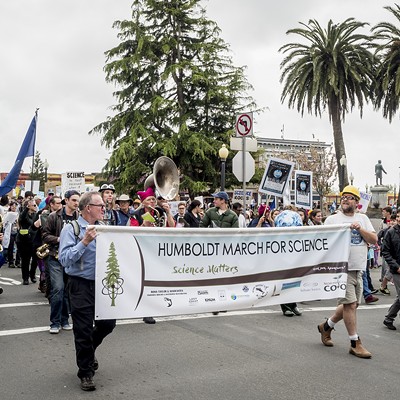 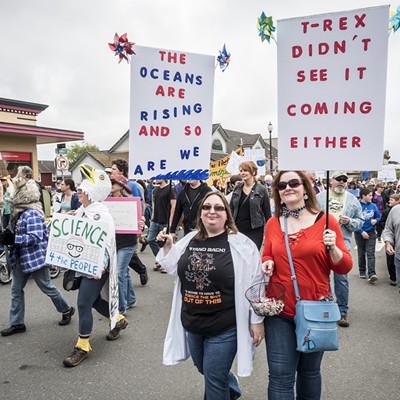 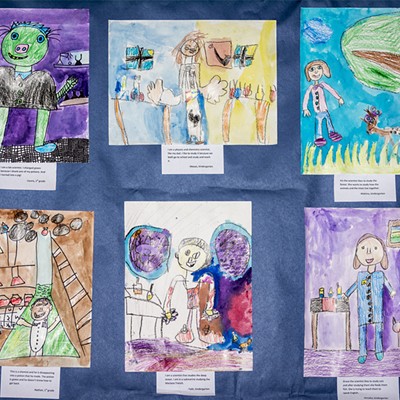 March for Science
By Mark Larson
Click to View 23 slides