Chants of “justice for Josiah” and “no justice, no peace,” echoed off downtown buildings and through on-campus apartments as the group marched for more than two hours. At several rallying points, speakers urged those in attendance — mostly students with some community members sprinkled in — to call the Humboldt County District Attorney’s Office to urge a thorough and continued investigation.

Earlier in the day yesterday, a Humboldt County Superior Court judge ruled police had not found enough evidence to hold Lawson’s accused killer, 23-year-old Kyle Zoellner, to stand trial on a murder charge. Zoellner was released from jail yesterday, though he could be recharged in the case if the investigation yields new and credible witness statements or forensic evidence linking Zoellner to the stabbing.

Last night, someone had posted some fliers on campus proclaiming, “murderer on the loose!!!” and “Don’t trust this man,” with a picture of Zoellner. The case has been racially charged from the beginning — Zoellner is white and Lawson was black, and there have been allegations that the stabbing was racially motivated, though no evidence was presented during Zoellner’s five-day preliminary hearing to support that.

The protest last night remained peaceful, though marchers did block off the exits of the Safeway shopping center for about 10 minutes, refusing to let cars leave. The group plans to protest again today at the Arcata Farmers Market.

Local photographer Mark McKenna was at the march last night and shares the following slideshow of scenes from the protest. For more on Friday's court decision, see past Journal coverage here and for more on Lawson's killing see this week's Journal cover story here. 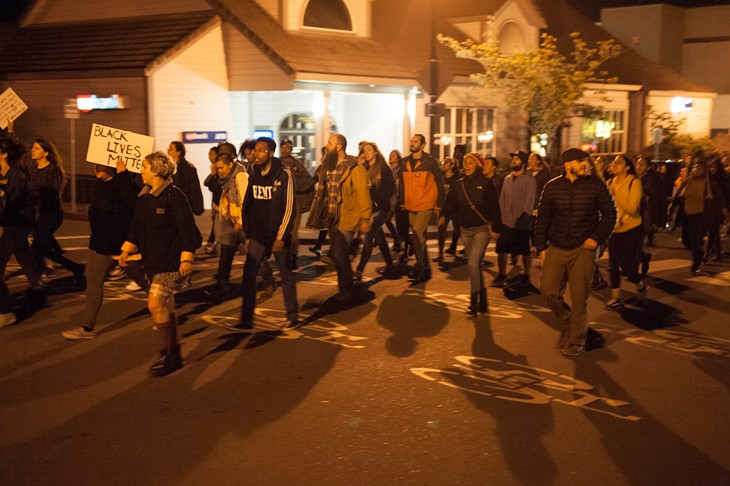 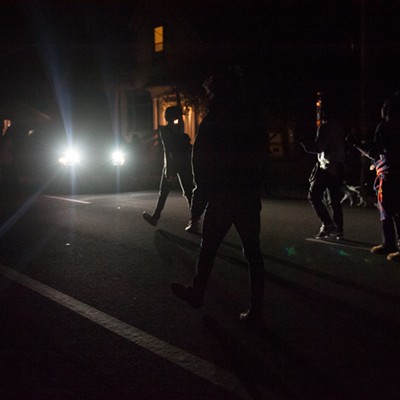 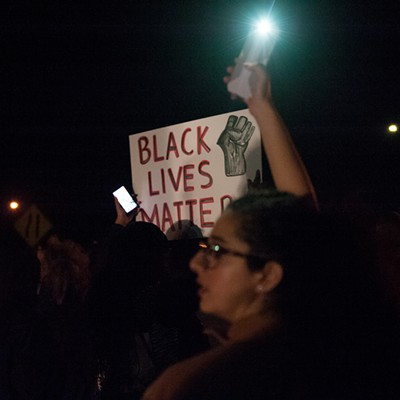