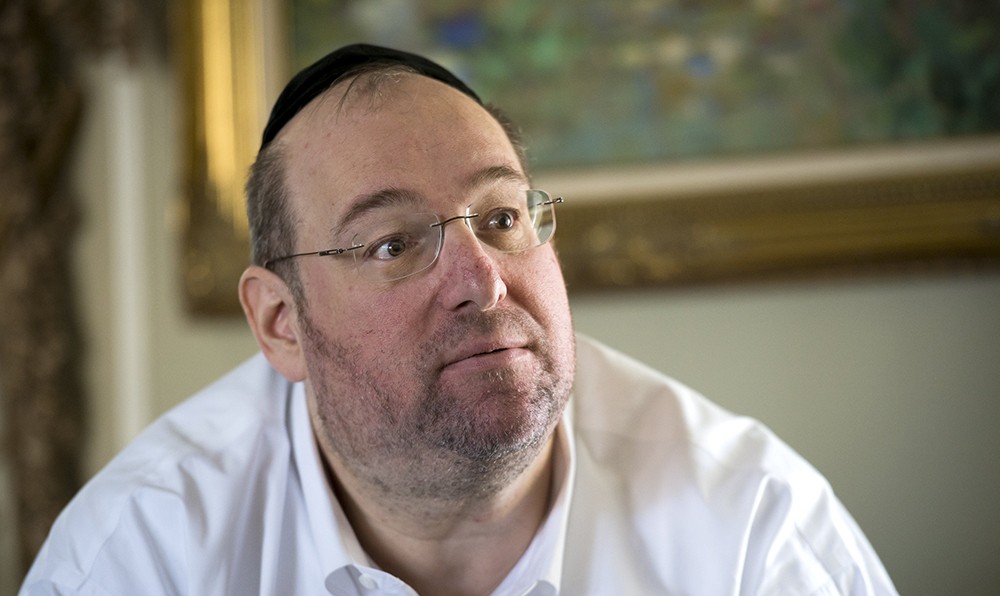 Shlomo Rechnitz can’t get a fair trial in Humboldt County. That’s the contention of the law firm representing the skilled nursing magnate, Lewis Brisbois, Bisgaard & Smith LLP, which recently filed a motion for a change of venue in one of the three wrongful death and elder abuse suits filed against Rechnitz and his company, Brius Healthcare Management.

The case in question revolves around Ralph Sorensen, a patient at Seaview Rehabilitation and Wellness Center who died Jan. 27, 2016 after complications related to an infected pressure ulcer. In the complaint, local law firm Janssen Malloy LLP alleges that Sorensen’s death is correlated to low staffing levels at the facility and charges Seaview, Rechnitz, Brius and the administrative services company Rockport with wrongful death related to elder abuse and neglect.

The motion filed by Rechnitz’s attorneys, which will be heard on May 25, says “there is a reason to believe that an impartial trial in Humboldt cannot be had.” As evidence for this claim, the motion cites a 2011 meeting between Rechnitz and then-District Attorney Paul Gallegos in which Gallegos “threatened to jail someone if understaffing continued to occur at the facilities.”

It also references the advertisements Brius itself ran in the Times Standard with an open letter to community members about its intent to close three of its Humboldt facilities in September of 2016. It also cites several articles that appeared in the Lost Coast Outpost and the comments made by readers that “Rechnitz is a low life who belongs in jail.” In his individual declaration, Rechnitz affirms that he has “received several threats of physical harm … presumably as a result as a result of these negative news articles.”

Articles in the North Coast Journal are also quoted several times, including our April 2016 article "Naming and Blaming,” which is described as accusing “Defendant Rechnitz of corporate manipulation to avoid liability." That and “numerous other articles attacking” the defendants, are cited as reasons why there is, according to Rechnitz’s attorneys, “a strong likelihood Defendants would not receive an impartial trial in Humboldt County.”

Rechnitz’s attorneys also cite the difficulty of traveling to Humboldt County and finding appropriate lodging for Tamar Rechnitz, wife of Shlomo Rechnitz, who holds a share in the company, and who would also be expected to find child care for the couple’s 9-year-old son. According to the motion, the expenses of traveling to and staying in Humboldt County would be prohibitive to Tamar Rechnitz, justifying a change of venue to Los Angeles County, where the Rechnitz family lives. The declarations cite the cost of travel as between $700-$1,000.

The motion does not reference the private jet purchased by Rechnitz in 2013 for $3.6 million through his company Sr Capital LLC. According to flight data compiled by the Federal Aviation Administration (and made public by the National Union of Healthcare Workers), in 2015 that jet was used to travel from Los Angeles to Cleveland, Mexico, Louisiana, New Jersey, Florida, Idaho, Ireland and Israel, among other locations. In a radio interview on January 15, 2016, Rechnitz said that his income was around three billion dollars a year.