Pilot of Airplane that Crashed in Eel River Identified 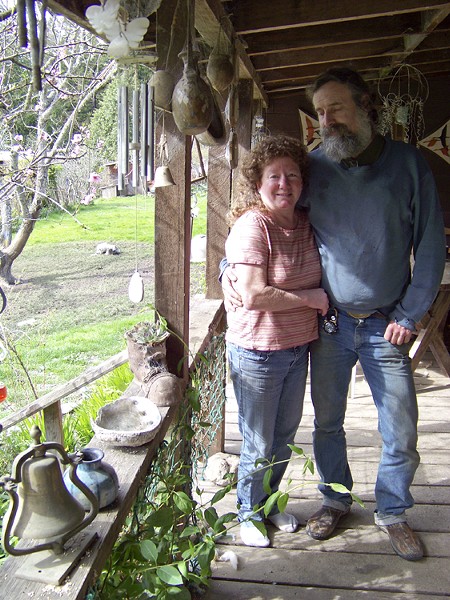 The remains of an ultra-light aircraft pilot that went down May 4 into the main fork of the Eel River have been recovered and identified as those of 61-year-old Rex Whitlow.

According to a press release from the Humboldt County Sheriff's Office, Whitlow's body was located at about 2 p.m. yesterday by family friends who were searching the area. For more, see the full press release below and see a past Journal story about McCann, which counted Whitlow as a lifelong resident, here.

On May 4th at approximately 2pm a search and rescue effort was initiated in the McCann area east of Weott for the pilot of an ultra-light aircraft that had crashed into the main fork of the Eel River. Family members and friends of the Pilot, 61 year old Rex Whitlow, responded to the crash site moments after the crash occurred to find the air craft upside down in the river. The pilot could not be found.

Cal Fire, members of the Southern Humboldt Technical Rescue Team, and members of the Fruitland Ridge Volunteer Fire Department also responded to assist in the search. Members of the Humboldt County Sheriff’s Office Search and Rescue team later arrived and assisted in the search with their river rescue boat. A U.S. Coast Guard Helicopter also responded and assisted in the search for the missing pilot. The initial search lasted until dark and did not result in locating the pilot. Search efforts resumed the next morning and continued throughout the day; however search teams were still unable to locate the missing pilot.

Search efforts resumed over the next several days for the pilot who was presumed to be underwater. At one point cadaver search dogs were utilized in the search. The dogs were of assistance however were still unable to determine the exact location of the pilot. Search efforts were hindered by swift and murky water, and by high winds.
On Sunday May 14th at approximately 2pm, family friends who were still searching the area finally located the body of Pilot Rex Whitlow in a shallow area of the river nearly three miles from the original crash scene.

The Humboldt County Sheriff’s Office would like to give special thanks to the friends and family of Rex Whitlow who were extremely diligent and persistent in their search efforts. The community is deeply saddened by the loss of lifelong McCann resident, Rex Witlow.