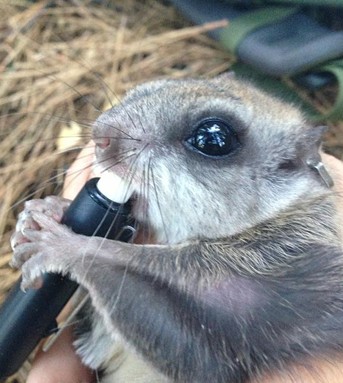 Say hello to Humboldt's flying squirrel, formerly known as the northern flying squirrel. Look into his black, marble-like eyes. Look at them. Smaller and darker than the northern variety, with which they share some territory, these little gliders have just been classified as a new species and named for our county's namesake, naturalist Alexander von Humboldt.

Small mammal biologist Nathan Alexander, who has worked with flying squirrels in the Sierras and in Oregon, says that, in terms of wildlife, "Humboldt is pretty special, to be honest." Our area has, "a lot of genetically distinct wildlife because [a glacial period] caused a separation as species were pushed south. And now that the glaciers have receded, we tend to have distinct subspecies or, apparently, species in general that have moved northward." 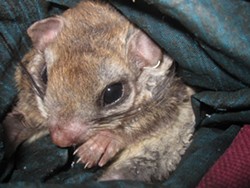 Inspiring base jumpers and those of us with less than toned upper arms, the tiny nocturnal critters jump from tree to tree using skin flaps to glide in pursuit of nuts and berries (and sometimes pursued by spotted owls). Alexander says in the fall they go heavy fungivore, nibbling "truffles and other fungi." According to an article from National Geographic yesterday, the "palm-sized, dark squirrel" is a "cryptic species," meaning it was right in front of us but similar enough to other species that we didn't make the distinction before. With DNA testing, however, researchers found, "They were different and weird enough to be classified as a new species: G. oregonensis—Humboldt’s flying squirrel."