This week's cover story, "Swept," takes a deep dive into the Eureka city government's collective thought process as it planned to clear the PalCo Marsh of homeless encampments over the course of more than a year, culminating in the May 2, 2016 sweep that resulted in the relocation of more than 100 homeless people.

To report the story, Journal staff writer Linda Stansberry pored through more than 11,000 pages of documents obtained from the city through a California Public Records Act. Below, you'll find a handful of bios aimed at giving you a better understanding of some of the key players involved in city's decision making process, as well as a a selection of the emails we received from each. In addition to providing a more detailed look at what city leaders were talking about in the months leading up to the sweep, the emails should give you a taste of what Stansberry experienced, right down to the city's silly redactions of public employees' work email addresses and phone numbers. (You'll even get to look at one email that's formatted to have a single letter on each line and stretches across more than a dozen pages.) But don't worry, we're sparing you all the non responsive and duplicate ones. (For more on those, read last week's editorial here.)

And, make sure to go back and read the cover story! 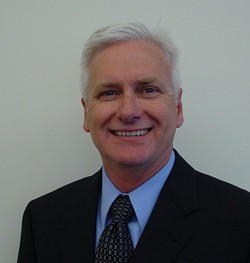 Greg Sparks
Hired March 6, 2014, Sparks arrived to take Eureka’s city manager position from West Des Moines, Iowa, where he held the same post. In Eureka, Sparks has had to confront a much different set of challenges than he faced in West Des Moines, a Des Moines suburb with a population of about 56,000.

Most notable are the economic differences: The median household income in West Des Moines is $54,000 compared to just $25,000 in Eureka. And with that income disparity comes a much larger homeless population in Eureka, which has one of the densest concentrations of chronically homeless people in the country. Looking back on the city’s handling of the homeless encampments in the PalCo Marsh, Sparks said he wouldn’t do anything differently, adding that homelessness has proven a huge challenge for cities throughout the state.

Andrew Mills
Hired as the city’s new police chief Sept. 11, 2013, Mills came to Eureka from San Diego, where he’d worked as a cop for 30 years, with stints commanding both the city’s eastern and western districts. Originally from Michigan, Mills has strong background in problem-oriented and community policing, and became well known in San Diego for neighborhood walks with community partners.

Mills told the Journal he knew homelessness was going to be a large issue for his department when he took the job, but said he underestimated the depth of the problem and how much time his department would spend wrestling with it.

Email exchanges between Mills and other city leaders, as well as some members of the public, show that perhaps more than anyone in city hall, Mills was reticent to clear the encampments in the PalCo Marsh without having another designated space to send the people living there.

Miles Slattery
A 1994 graduate of Humboldt State University, Slattery returned to the North Coast in May of 2006 to work for the city of Eureka after a seven-year stint in San Diego, where he worked as a chemist. Slattery joined the city of Eureka as a project manager in March of 2006, became the city’s deputy public works director in November of 2011 and its parks and recreation director in 2013.

Somewhat of a firebrand, Slattery has been vocal in urging the city to invest more in its parks, believing active recreation and engagement by city residents would go along way to deterring “inappropriate uses” of public spaces and make the city safer.

With his department at the forefront of the city’s efforts to clean out the PalCo Marsh, Slattery’s frustrations boiled over at times, which is visible in the selection of emails you can find here.

Rob Holmlund
Hired as Eureka’s community development director in 2014, Holmlund is an East Coast native who came to HSU to get a master’s degree before getting a job with GHD Planning and Engineering.

Since joining the city, Holmlund has helped usher in a new medical cannabis ordinance, a pilot parklet project and a re-envisioning of the Eureka waterfront. As to the homeless issue, Homlund seems to have bought into the Housing First philosophy adopted by the city but has otherwise been fairly silent publicly.

Read a selection of his emails on the subject here.

Natalie Arroyo
Elected to the Eureka City Council in 2014, Arroyo came to Humboldt County from New Orleans, where she was living happily until Hurricane Katrina devastated the city.

Arroyo currently works for the nonprofit Redwood Community Action Agency and is in the midst of an 8-year contract with the U.S. Coast Guard, where she works as a marine science technician. Taking her seat as a member of Eureka’s first all-female city council in 2015 — her first elected office — Arroyo was immediately faced with the issue of homelessness and, more specifically, what to do about the PalCo Marsh.

Kim Bergel
Elected to the city council in 2014, Bergel is a Eureka native who worked in elementary education as a one-on-one aide.

Bergel’s big campaign issue was traffic safety, as she’d served on the city’s traffic safety commission for six years. But upon taking her seat on the council in 2015, Bergel threw herself into the homeless issue, and more specifically trying to help people living in the PalCo Marsh. She visited the marsh almost daily, developing relationships with almost all who lived there.

Read a selection of her emails here.

A Humboldt State University graduate, Ciarabellini worked for the Humboldt County Sheriff’s Office for 30 years before retiring as a correctional captain. She came to the council intent on bolstering the city’s public safety departments and focusing on economic development.

Ciarabellini became a prominent and forceful voice in the council’s passionate debates over what to do with the PalCo Marsh. Read a selection of her emails here.

Linda Atkins
First elected to the council in 2008 and termed out in 2016, Atkins served eight years on the council. A retired engineering associate, Atkins was seen as the sole “progressive” voice on the council for a couple of years until 2015, when she was joined by Arroyo and Bergel.

Atkins was the driving force behind the city’s shelter crisis declaration, which later proved integral in setting up the shipping container transitional housing village run by Betty Chinn and the rotating free sleeping areas set up in city parking lots. Both were important parts of the city’s defense of a lawsuit seeking to halt the May 2, 2016, eviction of the PalCo Marsh.