A Band of Neighbors Successfully Sues the Squireses 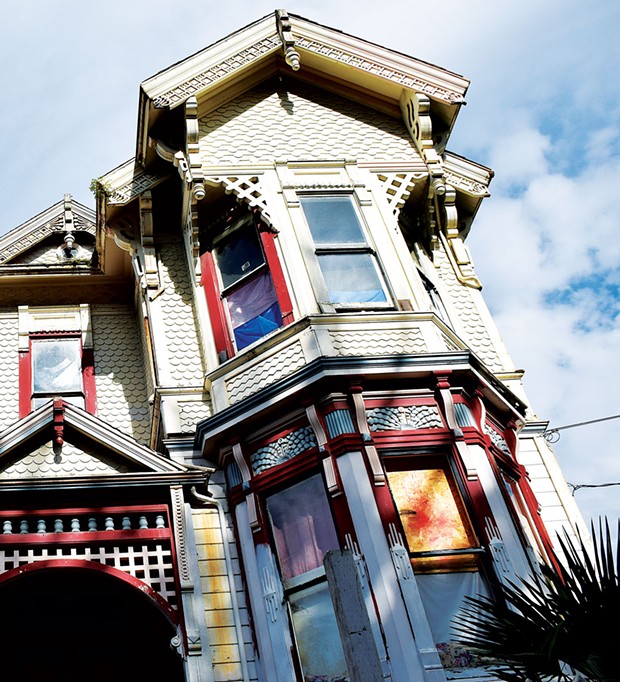 Residents along a stretch of G Street say they had one main goal in mind when they grouped together to take Eureka’s most notorious landlords to court: They wanted their neighborhood back.

Conditions at two buildings on the street owned by Floyd and Betty Squires had continued to deteriorate, becoming magnets for drug activity and police calls, neighbors say. They saw an uptick in crime and, at times, felt unsafe walking out their doors.

The last straw was a shooting in December at one of the residences that served as a rooming house. Shortly afterward, neighbors filed a series of small claims cases that — after being parred down — left 20 to be heard in court earlier this year.

The effort paid off this week with news arriving in their mailboxes that Superior Court Judge Timothy Cissna awarded them varying amounts in damages — ranging from around $1,500 to $5,000 — after finding the Squireses failed to properly manage the two side-by-side buildings.

The Squireses, who are already embroiled in a six-year lawsuit with the city over conditions at 26 of their rentals — including the G Street properties — did not return a phone call seeking comment.

Cissna found that “substantial, credible evidence” was presented during the three-week-long case to show the residences at 1625 and 1635 G St. were “nuisances” for a range of reasons, including drug sales, excessive garbage, dilapidated exteriors, bizarre behavior, fighting, fire hazards, gun shots and shootings.

During the trial, neighbors took the stand to describe those conditions, along with Eureka Police Chief Andrew Mills and other city officials, at times being questioned by Floyd Squires, who represented himself and his wife Betty in the case.

“Defendants submitted testimony and evidence that they have put significant effort into maintaining the properties and controlling the numerous issues with the properties,” Cissna wrote in his ruling. “I find that these efforts were inadequate and/or short-lived.”

The judge cited as an example how both residences were cleared of building code violations in August of 2016, but by January the 1635 G St. location was red-tagged by the city after inspectors found 200 new code violations.

“Based on the totality of the evidence … I find that the properties at 1625/1635 were negligently operated, managed and maintained by the defendants and constituted a nuisance,” Cissna wrote.

Neighbor Ron Kuhnel, who was allotted $4,500 of the maximum $10,000 allowed in small claims cases, says it was never about the money.

“What we hope will happen is he will manage the properties and the problem will go away. That’s a lot to hope for,” he says. ”That change of behavior is out of our power. It’s up to the Squireses. Otherwise, he might get sued again.”

This is not the first time a group of residents has successfully taken the Squireses to court.

Back in 2014, a judge collectively awarded neighbors of the couple’s 833 H St. property more than $100,000 for emotional distress and economic damages, which was eventually settled with Squires' insurance company Lloyds of London.

Kuhnel says things have quieted down at the Squireses’ G Street properties in recent months, a trend that he — and others in the neighborhood of historic homes — hopes will continue.

“Right now, frankly, it seems to be doing very well at this moment … and we are very thankful for that,” he says, adding that the few thousand dollars he was awarded “pales in comparison” to the situations they had been facing on a regular basis.

Lori Regalo, who has lived on the street for 20 years, agreed.

She emphasized that the case was never about the people who lived in the residences, some of whom she says felt powerless to stop what was happening, but holding the Squireses responsible.

Regalo, who was awarded $3,000, says the trial was grueling but there was also a silver lining: The whole process brought the neighborhood closer together.

I’m proud of us all,” she says. “I hope other neighborhoods who have this same sort of problem look at this and say, ‘Maybe we should do that.’”