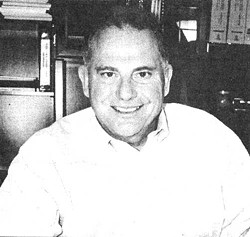 A judge today dismissed a lawsuit alleging the county’s public defender did not meet minimum qualifications required for the post, but gave local attorney Patrik Griego 30 days to refile, saying he should have more information about his contention after questioning David Marcus under oath during an upcoming deposition.

The lawsuit seeking to block Marcus’ controversial appointment centers on the California government code section that states public defender candidates must have "been a practicing attorney in all the courts of the state for at least the year preceding the date of his election or appointment."

While visiting Judge Marjorie Carter noted her “inclination” was to overrule the county’s move to dismiss the case and “get on with this,” she said there needs to be further clarification on the extent of Marcus’ legal work history before the lawsuit could proceed.

“You will probably know more after your deposition,” Carter said told Griego after hearing brief statements from attorneys in the case.

Griego argued that the state code requires more than just practicing law in the previous year, but also making appearances — either in person or via legal filings — in both the criminal and civil courts.

Marcus, he contends, did not meet that threshold, with questions being raised about whether the public defender practiced law at all during the year before his appointment while he was living in Florida working as an insurance adjuster.

Griego said the criteria was included by lawmakers to ensure the indigent defendants being served by the public defender’s office were afforded qualified counsel.

County Counsel Jeffrey Blanck asserted that the state simply requires a public defender to have been a practicing attorney — which could include giving legal advice or preparing documents — before taking office, adding there was no case law he found with a requirement to have “stepped foot in a courtroom.”

“It’s our position he was a practicing attorney,” Blanck told the judge.

Blanck said the statute boils down to the question: Have you done legal work in the past 12 months?

“If the answer is yes, I don’t think it needs to be quantified as to what is too much and what is too little,” Blanck told the judge.

Carter acknowledged an interpretation of the statute’s meaning would need to be sorted out but said that was not the issue before the court today.

Marcus last practiced criminal law when he served as Lassen County’s public defender from 2005 to 2011. According to the resume Marcus submitted to Humboldt County, he worked for the Walnut Creek law firm Cella, Lange and Cella from 2012 through 2016 as a contract attorney while living in Florida. What specific legal work he did for the firm during that time is unclear.

He has faced a bumpy road since being selected for the public defender’s job, from members of the local defense bar criticizing the county's hiring process to a pair of no-confidence letters from public defender's office employees.

Marcus attended the court hearing, but left quickly after the judge’s decision and was not immediately available for comment.

Blanck stated in an email to the Journal that the county agrees “with the Court’s ruling that the Petitioners had not stated sufficient facts to determine whether or not the practicing law standard was met.”

“We will wait and see what they put in their Second Amended Writ,” he wrote.
Griego said there’s zero evidence to show Marcus had done any legal work for Cella, Lange and Cella and he plans to refile the lawsuit after gathering more information, including Marcus’ testimony at Monday’s deposition.

“We feel pretty confident that this idea that he worked for a friend’s law firm was just made up,” Griego said after the hearing.