Sales of Estate Items to County Employees Under Investigation 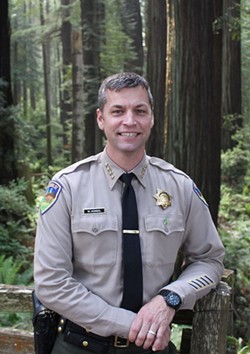 Humboldt County Sheriff William Honsal announced today that the sheriff's office has launched an investigation into possible improprieties involving the sale of estate assets managed by the public administrator’s office to county employees.

In a report by the Lost Coast Outpost’s Ryan Burns, Honsal says the situation came to his attention when the Outpost began making inquiries and filed a public records request after receiving a tip regarding the office’s handling of a particular estate. Read Burns’ story and his interview with Honsal here.

Falling under the auspices of the coroner’s office, which came under the sheriff’s oversight in February of 2015, the public administrator’s office takes over if a person dies without a will or anyone coming forward to oversee the settlement of the estate.

Honsal says no one has been placed on leave in connection with the investigation, which will be turned over to the district attorney’s office to determine if there was any “criminal intent.” He has hired an outside investigator to assist with the probe.


At the center of the investigation is a California government code section that makes it a crime for a public administrator and “any deputy or agent of such officer” to purchase those estate items directly or indirectly, or to otherwise benefit — personally or in association with someone else — from such a transaction.

“Unfortunately, no, this is not a single incident,” Honsal says when asked about the circumstances. “This is ongoing practice that happened previous to the transition (under the sheriff’s office) that appears to be carried over from the transition.”

Honsal told the Journal in an interview earlier today that he instituted a policy that prohibits past and present employees of the sheriff’s office, their close friends and family members from purchasing any property or assets under the public administrator’s office purview after being alerted to the situation two weeks ago.

State code does not outline a specific process for liquidating an estate — including anything from household items like lawnmowers and china to actual homes — and the county has followed a number of practices over the years.

Those include holding garage sales, using auction houses or Craigslist for specific items, selling in bulk to stores or even at one point operating an in-house outlet at the public administrator’s office, Honsal says.

All of the transactions are tracked and overseen by an attorney and the Humboldt County Superior Court.

Once the investigation and the district attorney office’s review is concluded, Honsal says he will release the results to the public “so they can see what has happened and to make sure it doesn’t happen again in the future.”

In the meantime, he says, current and former employees are going to be facing some tough questions.


This release is to inform the public that Sheriff William Honsal has started an investigation into the current and past practices, policies and procedures of the Public Administrator’s Office relating to the disposal of property under a formal or summary probate case.

This investigation is being conducted due to an inquiry and a complaint that was received by the Sheriff and Lt. Ernie Stewart regarding estate property that had been sold to past and current employees of the County. The time frame of the investigation stretches from prior to the Sheriff’s office transition in 2015 until now. Sheriff Honsal has consulted with District Attorney Maggie Fleming, and this case will be jointly investigated with the DA’s office and an outside independent investigator hired by the Sheriff’s Office.

Sheriff Honsal recognizes that the duties of the county public administrator are vital to the fair and equitable disbursement of a decedent’s estate and to ensure that possessions are dispersed to the rightful heirs as outlined by the Probate Code and Government Code. This extremely important function requires the highest of integrity, ethics, and public trust and immediate policy changes have been made to ensure that the Public Administrator’s actions and duties adhere to those strict legal and ethical standards.