About five dozen people showed up at the Arcata Plaza this afternoon for a hastily planned vigil honoring the woman killed in Charlottesville, Virginia, Saturday.

The vigil, which saw those in attendance form a circle on the plaza’s Southeast corner and a number of people speak, was organized by Jill Larrabee, of Show Up Humboldt, and Rachel Montgomery, and came a day after images of white supremacists marching on Charlottesville dominated the Internet. The Charlottesville protests, which were planned in advance of a “Unite the Right” rally scheduled for Saturday night, turned violent when counterdemonstrators showed up to denounce the public display for racism, and small scuffles broke out between the groups, leading to numerous arrests and a few hospitalizations.

Then, in what appears a premeditated act of violence, a car, allegedly driven by James Alex Fields Jr., a 20-year-old from Ohio, plowed through counterdemonstrators as they marched on the street, injuring 19 and killing 32-year-old Heather Heyer.

Both the governor of Virginia and the mayor of Charlottsville have declared a state of emergency, urging protesters to go home.

On the plaza Sunday, all was peaceful, with 60 or so people standing in solidarity, urging love and unity in the face of hate. 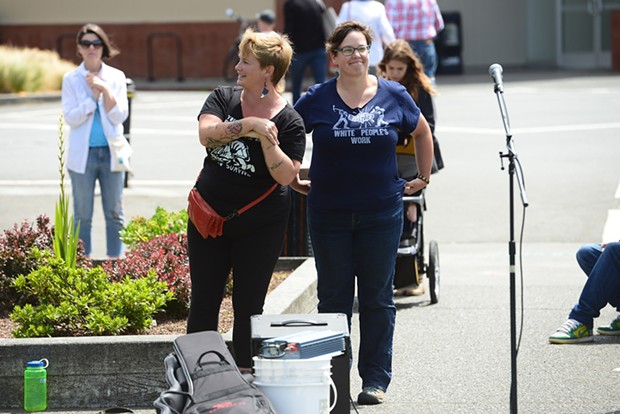 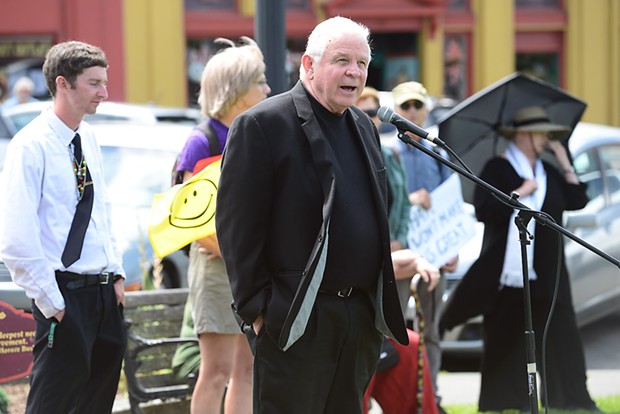 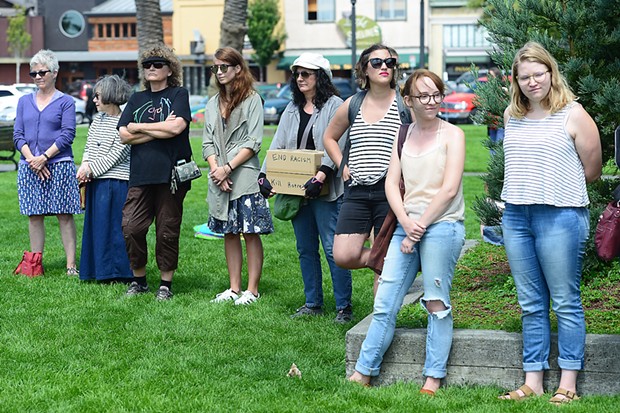 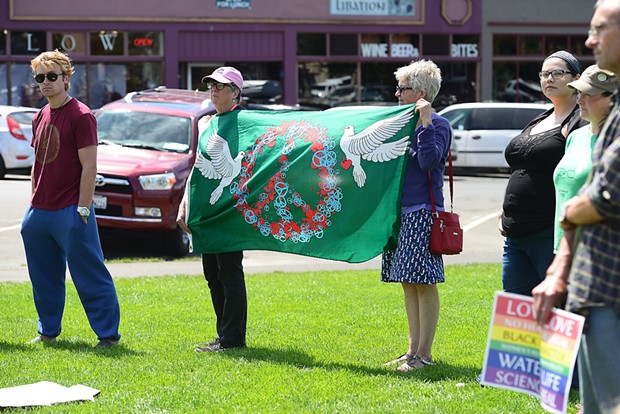 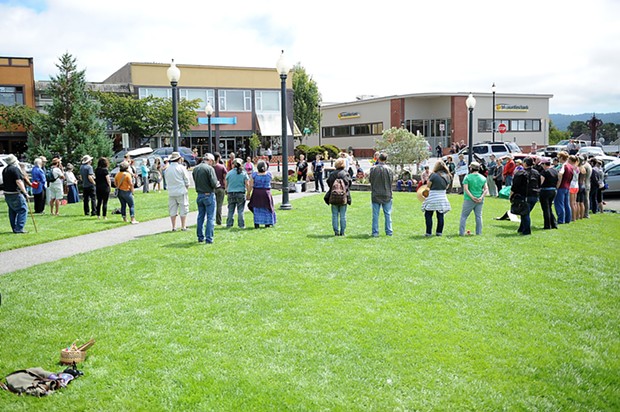