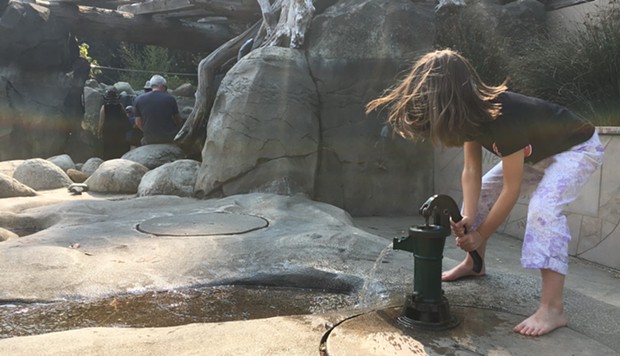 Well, that escalated quickly. It's not just your imagination, Eureka is in the midst of one of its hottest days in recorded history, the National Weather Service reports.

According to the NWS Twitter feed, the official recorded temperature for the city hit 87 degrees at about 11:37 a.m., tying a previous city record set Oct. 26, 1993. Alas, the site warned that "cooling" had begun, leaving today's date unlikely to take lone possession of the distinction. Throughout Humboldt County, the mercury is up, with Fortuna hitting triple digits and 90 degrees at the airport in McKinleyville.


In case you haven't been paying attention, we're in the midst of a mini-heat wave. Yesterday, the weather station in Eureka recorded its all time high for Sept. 1, peaking at 76 degrees.


WFO Eureka has tied its all time high temperature record for today at 75 degrees as of 2pm. The old record was in set in 1979. #CAwx

As predicted, today was hotter. Much hotter.

And things rapidly got out of hand.

It's official... We have just tied the all time record high for Eureka at 87 degrees last set in Oct 26, 1993. But cooling has started.

Current forecasts have tomorrow's temperatures dipping substantially, with a high of 72 expected at the Eureka main station, with Monday looking mostly sunny with a peak temperature of 67 degrees.

Stay cool, Humboldt. And hang in there — there's a chance of showers mid to late next week. You should also make sure to follow @NWSEureka on Twitter, if you don't already.