TL;DR: What You Need to Know About the $2.5 Million Verdict Against the County 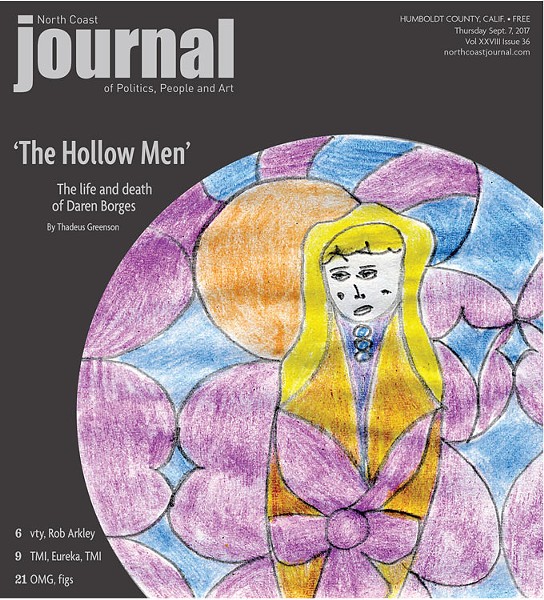 Busy week? We’ll help you catch up on the basics of this week's cover story, which touches on Humboldt County's jail, homelessness, drug addiction and mental illness. Read the full story here before you dive into a Facebook comments debate.

This week the Journal took a deep dive into the recent $2.5 federal court verdict against the county of Humboldt and the life and death of Daren Borges that preceded it. Here are five things you need to know. 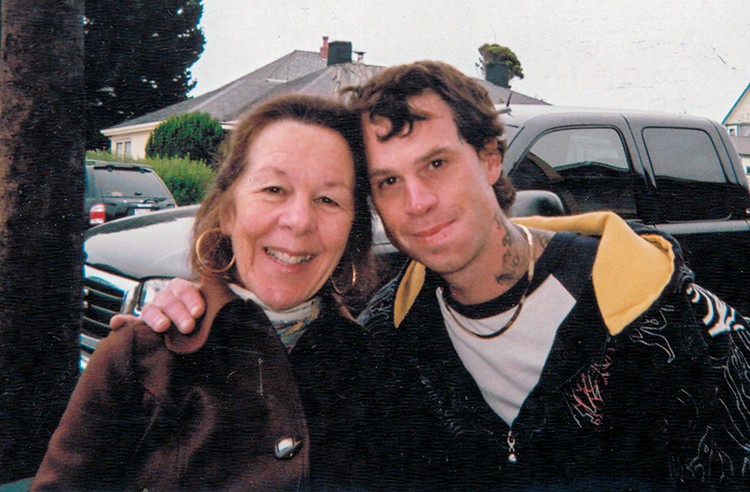 1. Daren Borges was a real human being with people who cared about him. Born with a hearing impairment that slowed his development of speech, Borges grew to love language. He was a poet and committed many of his favorite works by T.S. Elliot to memory. He was an artist who drew on anything he could find — envelopes, scraps of paper, even paperwork from the Humboldt County jail, where he  stayed frequently. Borges also had schizophrenia, which developed in his late teens and seems to have controlled his life in many ways until his death at 42. He also appears to have had a methamphetamine addiction, which ultimately led to his death, when he took a potentially lethal dose just days after being released from the jail. But through it all, his family loved him. Days before his death, Borges wrote his mom a letter telling her he loved her and expressing his excitement at talking to her soon. When his phone was found after he died, it had just one number programmed into it, listed under the name “mom.” His sister Sofia told the Journal about her brother: “I don’t know if I’ll ever feel love that unconditional (again).”

2. The county argued that Daren Borges’ death was unpreventable. At trial, the county’s attorney, Nancy Delaney, argued that correctional officers did nothing wrong after Borges’ June 13, 2014 arrest, when they booked him and placed him in the sobering cell where he was ultimately found dead about an hour later. The correctional officers had a nurse observed him about 20 minutes after he was booked, and had an officer check on him every 15 minutes to make sure he was still breathing. Borges appeared intoxicated and mentally ill when he was taken into custody, Delaney conceded, but there were no signs he was in a state of medical emergency until he stopped breathing. Delaney said Daren Borges died because he ingested what she called a lethal dose of methamphetamine, not because of anything that did or didn’t happen at the jail.

3. The Borges family argued that had jail staff followed its policies, Daren Borges would probably have survived. Under the existing policy at the time, correctional officers had to fill out a form with 35 questions — 24 asked of the suspect, the others based on officer’s observations — before accepting someone into the jail. And if there’s reason for concern about someone’s condition, the officers were supposed to summon a nurse from the jail’s medical unit to evaluate a suspect. In Daren Borges’ case, Dale Galipo, an attorney representing his family, argued that the officers didn’t do this. Borges’ entire booking process took about two minutes and 40 seconds, and a Eureka police officer present testified at trial that he was largely incoherent and nonresponsive throughout it. At the conclusion of the process, a correctional officer marks that Borges doesn’t seem oriented to self, date, time and place” and appears under the influence of an unknown substance. He completes the rest of the form as though Borges had been able to answer the questions, though, and just asks that a nurse come down to observe him. Once in the sobering cell, Borges is frantic with activity and looks distressed for a time, stripping naked, splashing water on himself from the cell toilet and writhing around. He eventually stills, lying in an awkward position near the cell wall. Forty-one minutes — and three cell checks later — an officer enters to find him nonresponsive, not breathing and without a pulse. True, Daren Borges took a potentially lethal dose of methamphetamine, Galipo said, but he almost surely would have survived if he’d gotten the medical care he had a right to.

4. The jury largely agreed with the Borges family. After hearing hours of testimony from more than a dozen witnesses, and watching video of Borges’ entire booking process and his death in the sobering cell, the federal jury of six men and two women found that jail staff failed to follow policy and recklessly disregarded his apparent need for medical care, leading to his death. The jury also found that the county failed to adequately train its correctional officers, though it cleared retired Sheriff Mike Downey of disregarding that known training deficiency and allegations that the correctional officers acted with malice when denying Borges proper care. The jury awarded the Borges family $2.5 million to compensate them for the deprivation of constitutional rights suffered by Daren Borges and his mother, Stephany Borges.

5. What now? The Humboldt County jail has already changed its booking policies, adopting new ones back in December and fully implementing them in February. The jail now requires that every suspect be cleared by a registered nurse before entering the facility, with the nurse filling out a detailed four-page medical history form and taking the suspect’s blood pressure, pulse and temperature. The new policy has resulted in more suspects being denied and sent to local hospital for further evaluation, which Sheriff William Honsal says has caused some frustration but is necessary to ensure the safety of suspects and protect the county from liability. Meanwhile, the county is challenging the jury’s verdict in the Borges case, arguing it isn’t supported by evidence. (The judge overseeing the case has already hinted the challenge is unlikely to succeed.) If the verdicts stand, the county can appeal them, but doing so takes on additional risk. The county must pay the Borges family’s attorney fees, which are expected to add at least an additional $1 million to the verdict. If the verdict ultimately stands, every appeal and challenge only makes the ultimate bill more expensive. In court after the verdict, Galipo and Delaney indicated they would meet to discuss a potential settlement.