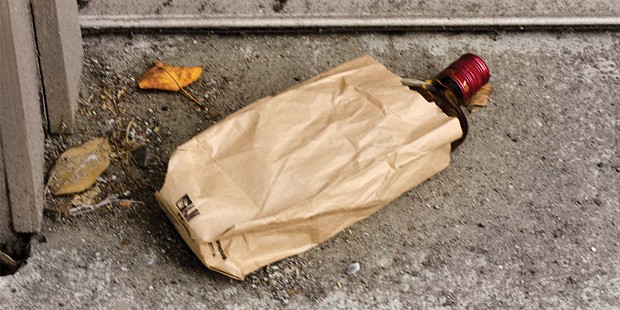 Didn’t have time to read this week’s cover story? We get it. Summer just disappeared in a blink and now it's time to get ready for one of those famous rainy Humboldt winters. If you'd rather spend the weekend winterizing the house than catching up on current events, we put together a quiz from week's cover story, "Drunk in Public," with charts!

TRUE OR FALSE? It's illegal to be drunk in public.

FALSE. California's public intoxication law — Penal Code Section 647f — says that to meet the legal threshold, a person must be so intoxicated that he or she presents a danger to his or her own safety or the safety or others, or be obstructing the use of a street, sidewalk or other public way.

TRUE OR FALSE? We have a lot of people being arrested for being drunk in public.

TRUE. Of all arrests made by all local law enforcement agencies in 2017, 21 percent were of people for being drunk in public. Almost one-quarter of all arrests in 2016 — 24.1 percent — were 647fs. And in 2015 — the last year for which statistics are available through the California Attorney General's Office — we arrested people for public intoxication at a rate of more than three times the state average. In fact, in 2015, Humboldt County accounted for 3 percent of the state's public intoxication arrests despite having just 0.4 percent of its population.

TRUE OR FALSE? We have a high rate of drunk in public arrests because we have a college nearby.

FALSE. Our analysis of the data reveals that most of these arrests are people who are what some call "chronic inebriates" — people arrested over and over again for alcohol or drug related offenses. Of the 182 August arrests the Journal analyzed, almost exactly one-third — 56 — were of repeat offenders, a handful of people arrested twice or more in the same month for public intoxication.

"The majority of those we're talking about aren't somebody that got too drunk on their 21st birthday, that's more the exception than the rule," says Arcata Police Chief Tom Chapman. "The normal is the chronic inebriate, cycling through over and over and over again." 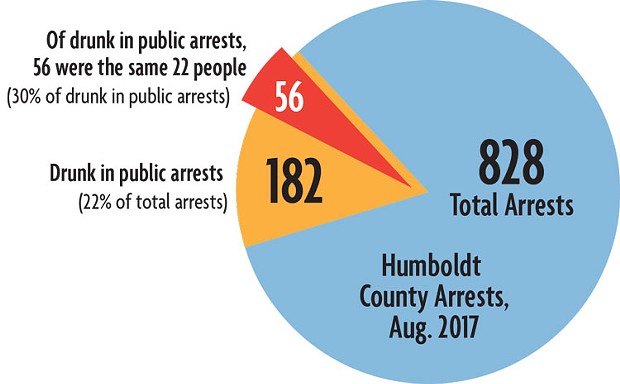 TRUE OR FALSE? Jail is the best place to sober up.

FALSE. While law enforcement officers are often the only point of contact for chronic inebriates, they and others agree that correctional facilities aren't the best treatment option for this public health problem. Each arrest also takes an officer off the street for at least an hour, and up to four or six hours if the person needs to be seen at the hospital. Eureka City Councilmember Kim Bergel and others are currently looking at establishing a sobering center in Eureka, where people who just needed to sleep it off could be dropped off by officers without legal ramifications. There, they would be monitored by trained staff and offered access to services. Support for a sobering center seems to be universal among those affected by this issue.