You Otter be a Citizen Scientist 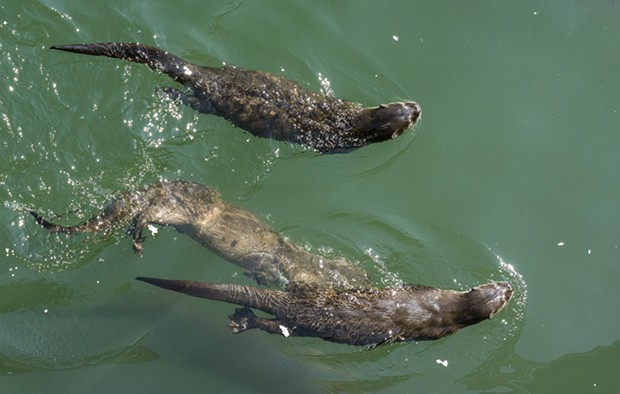 One doesn't have to go far to see local river otters in the wild. Just take a walk out on the Trinidad pier and you're likely to see one swimming in the harbor. But the best time is when local sport fishermen return to the floating dock below the pier to clean their catches. On Sunday, I spotted a group of five river otters swimming under the dock and climbing over the float looking for handouts. 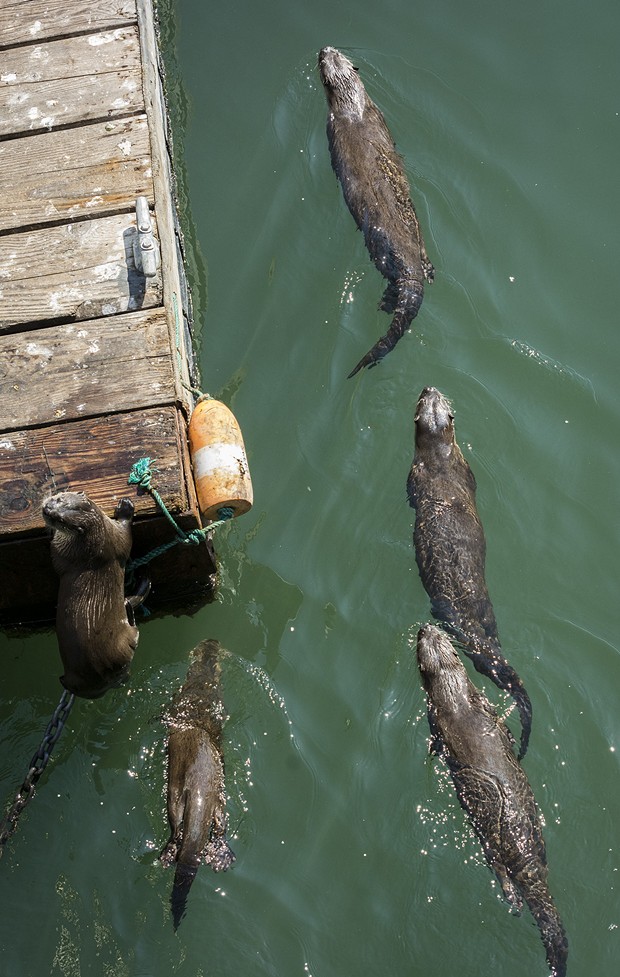 "The Trinidad otter clans have been robust this season," said Trinidad sport fisherman and resident Ted Pease. "I regularly see about six youngsters in the group that lives of the east side of the head and mooches off of the floating dock. And it's a second clan, I believe, that shows up on Old Home Beach regularly. We've also seen a family on the north end of Houda Beach. 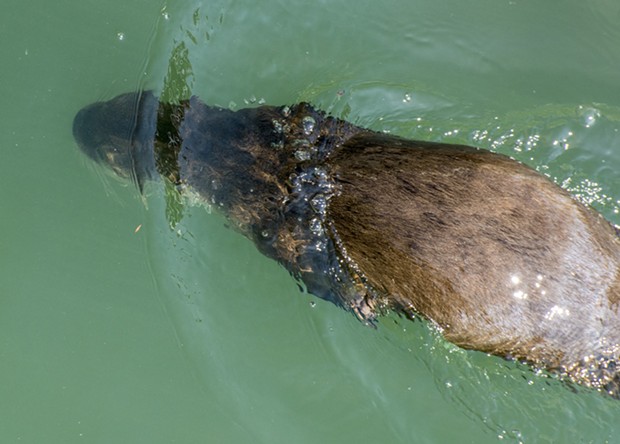 The next time you see a wild river otter, you could become a citizen scientist. Jeff Black, a Humboldt State University otter researcher, has created a River Otter Citizen Science Project and would like observers to share with him what they saw, such as the number of otters, whether there were pups, the date and time, and a detailed location (with Google map coordinates if possible). Contact him at otters@humboldt.edu or at facebook.com/ottersproject. 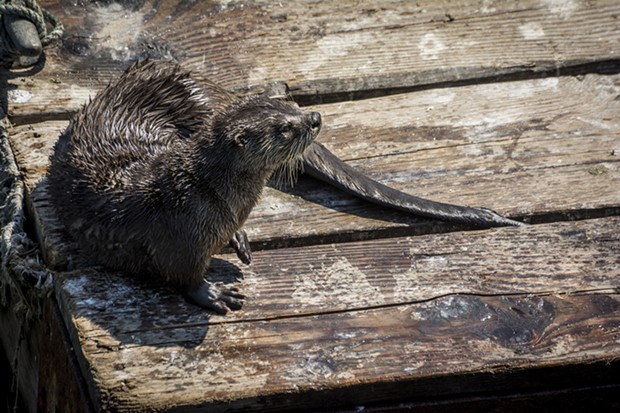 When I shared these photos of river otters at the Trinidad Pier, Black replied by email: "We don't receive as many records of Trinidad otters as we could, I'm sure. This looks like a group of five males. Did you know otter sexes don't always mix? Females have the territories (moms and grown daughters and current pups) and males roam among female locations." 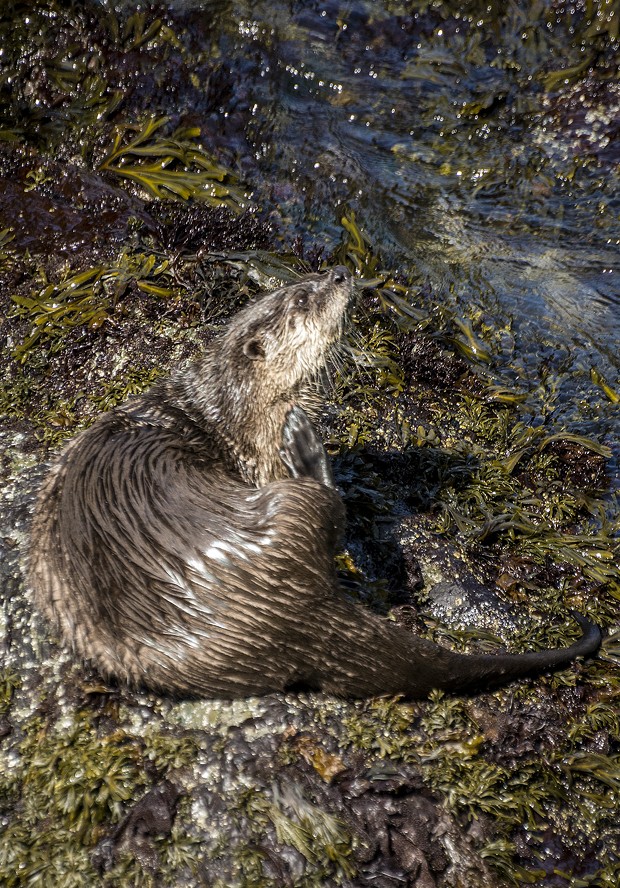