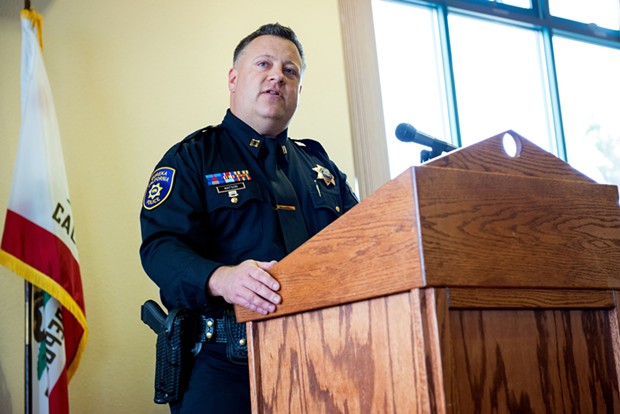 The city of Eureka announced this afternoon that it’s looking to drop the "interim" from interim Police Chief Steve Watson’s title.

In a press release, the city announced that City Manager Greg Sparks has offered Watson the position and the former captain has accepted. The hire will now go before the Eureka City Council on Oct. 17 for its approval.


Watson, who was named interim chief after former Chief Andrew Mills departed to take over the Santa Cruz Police Department in July, has been with the department since 2005. The Fortuna native and U.S. Army veteran, who’s spent stints working in the ministry and as a school teacher, has served in law enforcement since getting his start with the Santa Cruz Sheriff’s Office in 1998.

While his tenure as interim chief proved brief, it saw an upwelling of support for giving him the permanent gig, with an online petition that drew more than 500 signatures.

In the press release, the city said it conducted a nationwide search but determined Watson was the best candidate to “lead the department and to provide the crucial law enforcement services in the community that our residents expect.”

Check out the full press release from the city below and find a past Journal profile of Watson here.