Pride on the Plaza 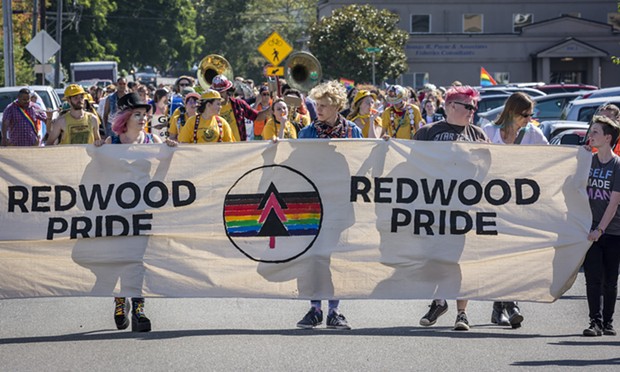 Pride Week 2017 ended on Sunday with the Pride Parade around the Arcata Plaza, followed by a program of remembrance, music, drag lip-sync, scheduled speakers and open mic opportunities for anyone in attendance. Several vendors provided a wide mix of information, food and activities. See the slideshow below for highlights.

While the number of participants in the Pride Parade organized by the ersatz Redwood Pride group seemed to be lower in number than in the past, the day went by without any apparent counter-protest, despite the controversies surrounding last year's event in Eureka and the dissolution of the board of Humboldt Pride. Instead, there was only minor distraction from the loud cheers of football fans in the Sidelines bar.

Grand marshals for the parade were the Raven Project queer coffee house and the late Dave Robles. Remembrances of Robles, a prominent LGBTQ community member and PFLAG president, were offered by Jerryl Lynn Rubin and Linda Shapeero, including a replay of his radio DJ voice. 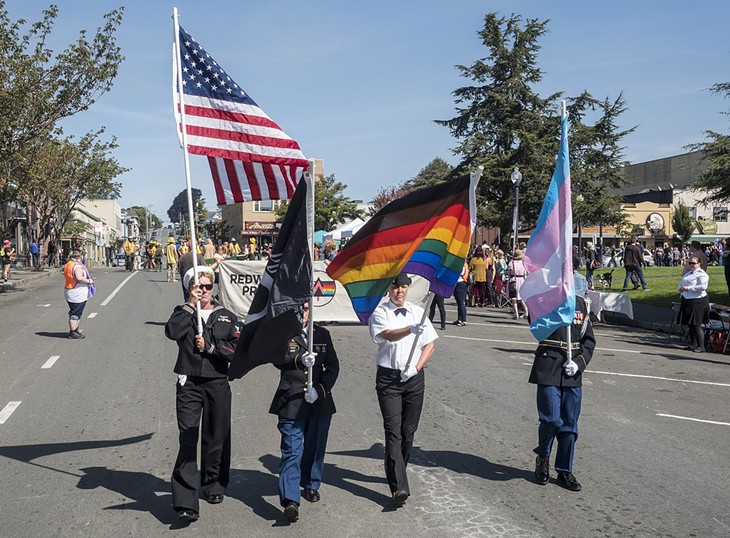 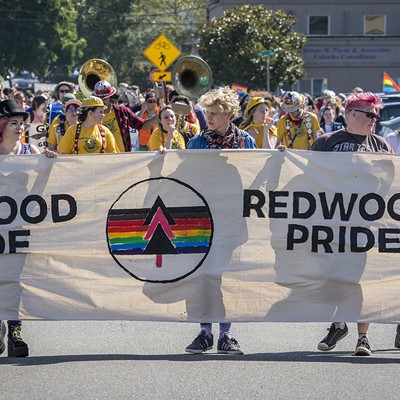 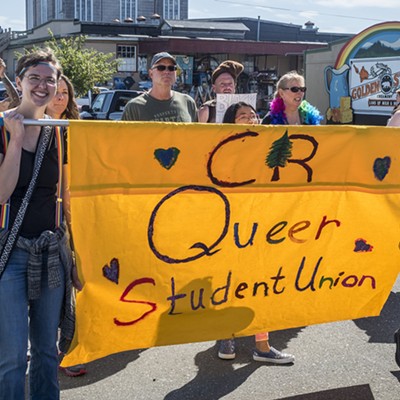 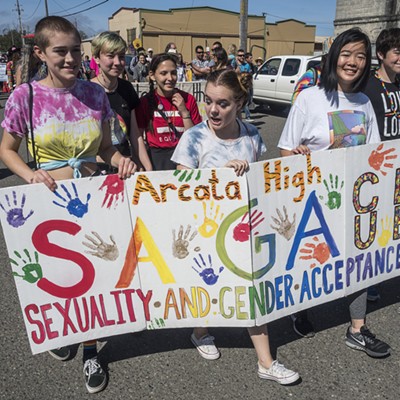 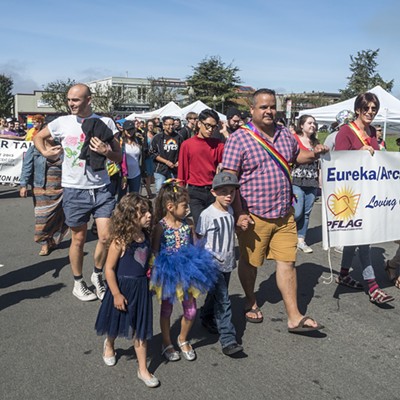 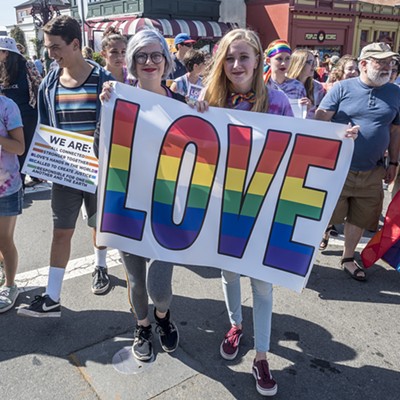 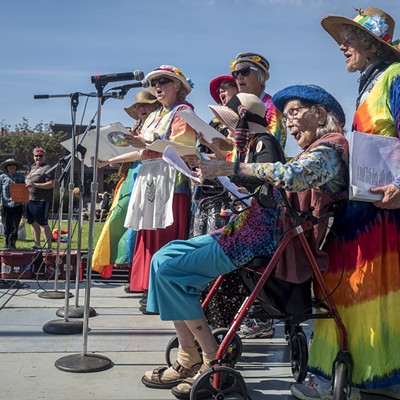 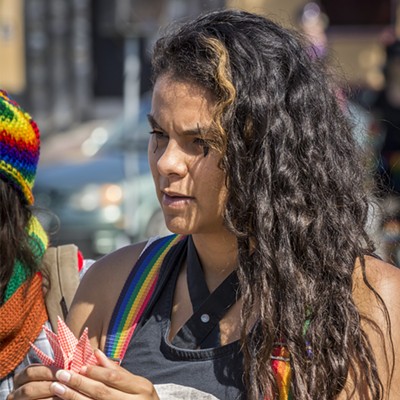 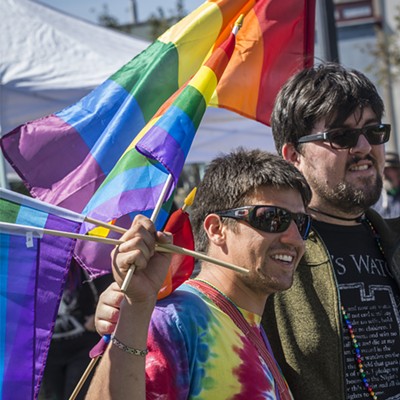 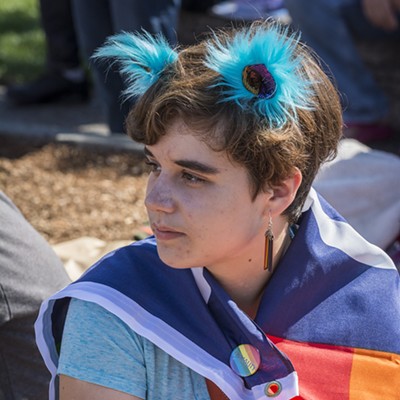