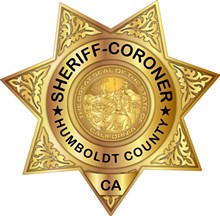 The Humboldt County Sheriff's Office is investigating the death of a 33-year-old man whose body was found in the South Fork of the Eel River north of Redway last week.

Deputies responded shortly after 4:30 p.m. on Oct. 6 to a report of a body in the river and found it just upstream of the bridge used to access Eel River Conservation Camp No. 31. The body has been identified as that of a Garberville man, according to Sheriff's Lt. Mike Fridley, but his next of kin is out of the country and officials are holding off on releasing his name until she can be notified.

Fridley said it appears the man's body had been in the water "a while" and it's currently unclear what circumstances led to his death. "There's a lot of things it could be," Fridley said, adding that there's an autopsy scheduled for tomorrow.

Officials ask that anyone with information about the case call the sheriff's office at 445-7251.

See the full press release from the sheriff's office copied below:

On 10-06-17 at about 4:34 pm deputies were dispatched to a report of a body found in the South Fork of the Eel River north of the town of Redway. Upon arrival to the bridge used to access Eel River Conservation Camp #31/ Woods Ranch, deputies located a body in the river just upstream. Deputies recovered the body and were later able to identify the 33 year old male. The decedent’s name is not being releases as we have been unable to contact next of kin. This incident is currently under investigation and anyone with information is asked to contact the Sheriff’s Office at 707-445-7251