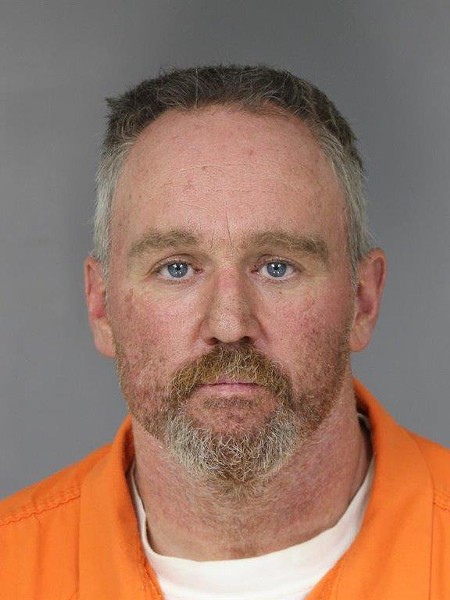 The Humboldt County Sheriff’s Office has arrested a McKinleyville native who is wanted in Nevada for allegedly killing a woman and her parents at two different locations over the weekend.

According to news reports out of Silver Springs, the suspect, Scott Alan Baskette, 48, had been in a long-term relationship with homicide victim Rebecca Driver, 46. When authorities went to notify her parents, Frank and Coral Evans, they were also found dead in their home.

KOLO TV in Nevada reports that Baskette and Driver, a mother of four ages 14 to 25, had ended their 12 year relationship just a few weeks before the homicides. She was found unconscious by her children, but died before officials arrived. Her death was deemed suspicious. The Evans died of gunshot wounds, the station reports.

Nevada authorities contacted the Humboldt County Sheriff’s Office to report he might be in the area and a deputy spotted the vehicle Baskette was believed to be driving in the Willow Creek area yesterday just before 5:30 p.m.

After a brief chase down a dirt road, Baskette hit a locked gate and was taken into custody without incident.

The release from the Humboldt County Sheriff’s Office:


The Humboldt County Sheriff’s Office been working with the Nevada Department of Public Safety for the past week attempting to locate 48 year old suspect Scott Alan Baskette. Baskette was wanted for 3 counts of first degree murder from Lyon County Nevada. He is a McKinleyville native and thought to be in the area. On 10/10/17 at about 5:23 pm a deputy working the Willow Creek area saw the vehicle Baskette was supposed to be driving on Highway 299. The deputy turned around and attempted to catch up to the vehicle which was traveling in the opposite direction. The suspect vehicle increased speed and turned down a dirt road that was blocked by a gate. The deputy caught up to the vehicle and was able to take Baskette into custody without incident. He was later booked into the Humboldt County Correctional Facility.


Yerington, Nevada — The Lyon County Sheriff's Office investigation into the three deaths this weekend in Silver Springs is now a homicide investigation. According to detectives, they also believe this is an isolated incident, and they want to reiterate what Sheriff Al McNeil stated yesterday, that at no time was there a threat to the community.
The victims have been identified as Rebecca Driver, 46; Frank Evans, 67; and Coral Evans, 68. Frank and Coral Evans are the parents of Rebecca Driver. All three were from Silver Springs.
This case remains a high priority for the Lyon County Sheriff's Office. Detectives are aggressively working possible leads, and all leads are outside the area.


Yerington, Nevada — On Saturday, October 7, 2017 at approximately 8:17 pm, the Lyon County Sheriff’s Office responded to a residence on the 2800 block of Tonopah Avenue in Silver Springs for a medical call. Upon arrival, Sheriff’s Deputies found a 46 year old woman who was pronounced deceased at the scene.
Through the course of their investigation, Sheriff’s Deputies obtained information regarding local family of the deceased. Sheriff’s Deputies responded to the family’s residence on 3000 block of East Third Street in Silver Springs to conduct a next-of-kin notification. When they arrived at the residence Sheriff’s Deputies discovered two additional deceased persons.
At this time, an investigation is underway to determine if the two incidents are connected, and detectives are actively conducting interviews to gather more information. Identification of the deceased is not available as efforts to notify the next of kin are still underway.
This is an active investigation and no further information is available at this time.