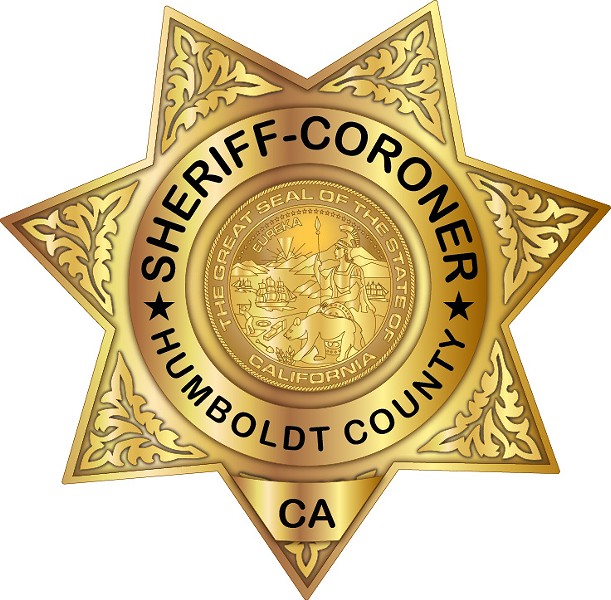 2nd UPDATE: The California and National Parks Service has confirmed the tourists were not robbed on National Park land, but rather at the marijuana farm. Click here for the full story.

Because the Spanish tourists — who were on a hike near Lady Bird Johnson Grove in Redwood National Park — had all of their valuables taken from them, including cell phones and watches, Fridley says it is impossible to know the time of their robbery and which Friday robbery occurred first. What is known is that the tourists were robbed between 2 and 4 p.m. by at least three men, only one of whom was seen. He was described as a white adult male, 30-40 years old, and 5-feet-7-inches to 5-feet-9-inches tall. The men, who were wearing tactical vests with the word SWAT on them, ordered the tourists to lay on the ground, firing off several shots in the air. The tourists were ordered to empty their pockets, and then the robbers took their vehicles, a 1998 white Ford Explorer and a 2001 white Dodge camper van. The robbers then drove away, heading eastbound on Bald Hills Road. Fridley says the tourists were contacted by HCSO deputies at the Arcata Police Department at around 11 p.m. that evening.

"It sounds like they were waiting for them to return," Fridley says of the robbers' modus operandi.

The other Friday robbery occurred farther east on Bald Hills Road, at a reportedly permitted marijuana farm. The landowner contacted the sheriff's office at 3:51 p.m. to say that three men described as Native American were robbing his workers. One of the 30 workers on scene was able to text the landowner during the robbery. These men were also described as wearing SWAT vests and brandishing assault-style rifles. They instructed the workers to lie on the ground then took their personal belongings, 1,000 pounds of marijuana and two vehicles, a white 2001 Chevrolet 2500 four door pickup with matching canopy and a black 1996 Ford Explorer. Fridley could not confirm if the marijuana was processed or still in plant form. The suspects were reportedly armed with AR-15 and AK-47 style rifles. Deputies were dispatched from Hoopa but did not encounter the vehicles, who were again headed eastbound toward Hoopa. Fridley says there are at least two other side routes the robbers could have taken.

The sheriff's office also reported today another robbery, also carried about by men with rifles in "SWAT" type gear, that occurred Nov. 2. In this one, two masked men approached two victims on Baird Road in the Redwood Valley and demanded money and marijuana at gunpoint. When the victims told them they didn't have any, the armed men reported took their shoes and their vehicles — a 1991 Ford F-150 and a 2006 silver Toyota Tundra — and fled the scene, possibly followed by a red Ford truck.

None of the vehicles have been recovered.

Asked why the sheriff's office had not notified the public earlier about the robberies, Fridley said that no one had written a press release over the weekend.

See the full press releases from the sheriff's office copied below:

On 11-03-17 a group of tourists from Spain were visiting the Bald Hill Rd area of the Redwood National/State Parks. They parked the two vehicles they were driving in a wide spot just east of the Lady Bird Johnson parking area. They all went on a hike and returned to the vehicles between 2:00 PM and 4:00 PM. They were immediately approached by a male suspect wearing a tactical style vest with the word "SWAT" on the front of it. An additional male suspect then walked out as well. The second suspect was armed with what they described as an assault style rifle. All of the tourists were ordered to lay on the ground as a third suspect walked up from behind them. Suspect three fired four to five shots into the air. The shots were in rapid succession which led the victims to believe it was fully automatic. The tourists were ordered to empty their pockets and their belongs were collected by the suspects. The suspects then took both of the tourists vehicles.

Suspect#1 White male adult 30-40 years old 5'-7" to 5'-9" with an overweight build.
Suspect#2 Not seen only heard. Used a lot of slang words and appeared younger
Suspect#3 Not seen or heard talking.

The Sheriff's Office is asking for the publics help. If the suspects or stolen vehicles are seen immediately call 911. The suspects are to be considered armed and dangerous.


On 11-03-17 at about 3:51 pm Deputies were dispatched to the report of an armed robbery thats occurring now on Bald Hill Rd near Pine Creek Rd. The land owner reported that one of his 30 plus employees had texted him to report they were being robbed. The land owner claimed he had a permitted marijuana grow at the location. It was reported that three Native American looking men, all under six feet tall, wearing tactical style gear with the word "SWAT", had came onto the property. The suspects were armed with AR-15 and AK-47 style riffles. All of the workers were forced to lay on the ground and ordered to remove all personnel property. All of the personnel property, and approximately 1000 pounds of marijuana was taken along with several vehicles. Two of the suspects referred to themselves as "Killer 1" and "Killer 2". The suspects left the scene and were last seen headed eastbound on Bald Hill Rd towards Hoopa.

This incident is still under investigation. The Sheriff's Office is asking for help from the public. If one of the stolen vehicles or suspects are seen immediately call 911. These suspects are to be consider armed and dangerous.


On 11-02-17 at about 8:20 Pm Deputies were dispatched to Bair Rd in the Redwood Valley area for an armed robbery that had just occurred. Once on scene the two victims told the Deputies earlier they had stopped at the gate to their property just off Bair Rd. While stopped two males came out of the dark and pointed rifles at them. Both males had something covering their faces and were wearing "Swat" type gear. The suspects were described as white or possibly Native American. One was in his late 20's and the other likely in his 30's or 40's. The suspects demanded money and marijuana. The victims told them they didn't have either. The victims were ordered out of the two vehicles they had been driving and the suspects took their shoes. The suspects then got into each of the vehicles and drove away. The suspects were last seen headed towards Hoopa. There was possibly a red Ford truck following the suspects.

The Sheriff's Office is asking for the publics help locating the stolen vehicles or suspects. Please call 911 immediately if either is spotted. The suspects should be considered armed and dangerous.