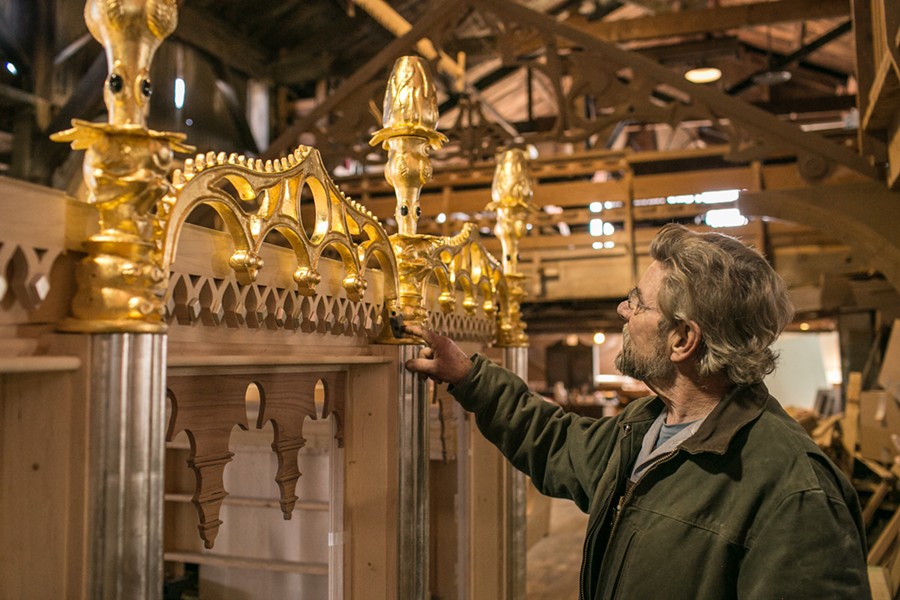 Busy week? We’ll help you catch up on the basics of this week's cover story, which details Eureka’s Eric and Viviana Hollenbeck’s efforts to co-produce a play, Radioman, detailing the experiences of war veterans. Read the full story here.

Amy Barnes thoroughly researched cover story is filled with interesting tidbits about the Hollenbecks, Eric’s efforts to overcome the post traumatic stress disorder that he brought home from a tour in Vietnam, Viviana’s efforts to help him and the couple’s extensive work to share what they’ve learned with other veterans, culminating in the theater project they are co-producing.

Here are five quotes from the story, which will give you a flavor for the piece and — hopefully — entice you to read the rest here, which comes with an expanded photo slideshow.

"At some point, every soldier breaks. And when you break, everything's changed in your head. Everything's different."
Eric Hollenbeck, the radioman, describing how war changes people.

"All they need is a new identity. The minute they find out what they're good at, they're like an old engine: You dink with 'em and dink with 'em and the instant they fire off, get the hell out of their way! Everything about that engine wants to run."
Eric Hollenbeck, speaking about the change he sees in veterans he works with at Blue Ox.

"This is a very real piece. James did not pull punches. For some, it will be a soothing balm. But for others, we're going to be ripping bandages off."
Lester Grant, co-producer of Radioman, discussing why the production will leave funds in each city it takes the stage in to help set up story circles that will allow veterans to get together and talk through their experiences.

"It was the first time some of these guys and gals had done something really good for society and didn't have to use a gun to do it."
Eric Hollenbeck, talking about overseeing a group of veterans who recreated President Abraham Lincoln’s hearse for a memorial parade in Illinois, where they saw 150,000 people line the streets to admire it.