Is Bigfoot a Bear? 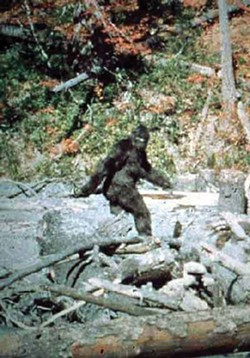 In a tough break for cryptozoologists, a team of scientists says their DNA analysis of hair samples, scat and a tooth purported to be from Bigfoot’s Tibetan cousin the Yeti are, in fact, from bears.

The findings — based on the analysis of mitochondrial DNA from 24 samples, including some collected in the 1930s on a Tibetan plateau — were published today in the Proceedings of the Royal Society B.

“This study represents the most rigorous analysis to date of samples suspected to derive from anomalous or mythical ‘hominid’-like creatures, strongly suggesting that the biological basis of the yeti legend is local brown and black bears,” the conclusion states.

Results from a similar study published in the same science journal back in 2014 also linked hair samples sent in from around the world — some as old as 50 years — back to known species.

But the lead scientist noted that true believers were not deterred by his research.

“I’ve had very good cooperation with the Bigfoot community, who are generally pleased that there is now a method of identifying their quarry in a way that would be universally accepted,” Oxford geneticist Bryan Sykes told Science magazine at the time. “They are returning to the forests with renewed enthusiasm in search of the ‘golden hair’ which proves their beliefs.”