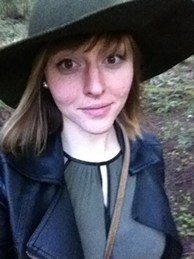 An autopsy conducted Monday, Dec. 11 concluded that Henry's death was due to fatal injuries consistent with a fall. The death was found to be self-inflicted.

UPDATE: The body of 22-year-old Erin Elizabeth Henry was found at the bottom of Elephant Rock, just south of the Westhaven exit on U.S. Highway 101, according to Arcata Police Chief Tom Chapman.

Chapman said Henry’s body, found in a small ravine under the rock that wasn’t visible from the highway, showed signs of trauma. Investigators believe she may have fallen or jumped off the rock, Chapman said.

An autopsy is tentatively scheduled for Monday and Chapman said the investigation will remain open until he receives full results, including toxicology tests. Based on the condition of Henry’s body, Chapman said it appears she has been there for some time, likely since shortly after she was last seen.

Chapman reiterated that there are no signs of foul play in the case, though he said it remains unclear exactly how Henry, who had a broken ankle and was apparently travelling on a knee scooter, made it the 13 miles from her home to Elephant Rock. “Certainly, that’s an outstanding question that we need to try to resolve as best we can — it is quite a distance so the likelihood of her walking that distance seems remote,” Chapman said.

Henry was a noted theater standout during her time at HSU, which included this performance of Julius Cesar, which drew a rave review from Pat Bitton.

PREVIOUSLY:
Police have found the body of a Humboldt State University student who went missing from her Arcata home last month off U.S. Highway 101 south of Westhaven and report they’ve found no signs of foul play.

Erin Elizabeth Henry, 22, was last seen by her roommate Nov. 25 at her home in the 100 block of Samoa Boulevard before she apparently vanished, leaving her wallet, cell phone and car at home. Henry had recently suffered a broken ankle and was not able to walk without crutches or a knee scooter, which was also missing from her home.

This morning, a CalTrans employee working along the highway found the knee scooter and notified police. Officers responded and searched the area, ultimately finding Henry dead a short distance off the highway.

A preliminary investigation revealed no signs of foul play, though it’s currently unclear how she got from her home to the location where her body was found, some 13 miles away.

A press release from HSU expressed deep sympathies to Henry's family, friends and those on campus who knew her, and reports that counseling services have been made available. (See the university's press release copied below for phone numbers and more information.)

See the full press release from APD copied below.


City of Arcata
PRESS RELEASE
FOR IMMEDIATE RELEASE
BODY OF MISSING PERSON RECOVERED
On the morning of 12/8/2017, the Arcata Police Department was contacted by the California Department of Transportation (CalTrans) and informed a maintenance worker had located a knee scooter along HWY 101 south of Westhaven.
Officers responded to the location and conducted a search of the area. During the search, 22-year-old Erin Henry, reported missing to the APD on 11/30/2017, was discovered deceased a short distance east of HWY 101.
With the assistance of the Humboldt County Sheriff/Coroner, Ms. Henry's body was recovered.
The preliminary investigation revealed no sign of foul play.
The APD would like to thank the Humboldt County Sheriff's Office, CalTrans, Humboldt State University, HSU Theater Department, the U.S. Coast Guard, Humboldt Transit Authority, Crescent City Police Department, AT&T, the Humboldt County District Attorney's Office, California State Parks and the numerous volunteers that assisted with search efforts.

Today we learned of the loss of Humboldt State student Erin Henry. We want to express our deepest sympathies to her family, friends, colleagues, and the faculty and staff who knew her. We ask you to keep her loved ones in your thoughts and comfort each other during this time.