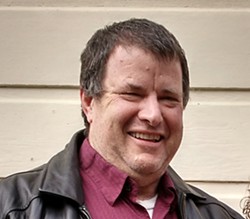 Taking on the role of Rio Dell police chief will be a sort of homecoming for Jeff Conner, who is scheduled to be appointed to the position tonight during a special city council meeting.

“I started my law enforcement career in Rio Dell so it seems fitting that I end my career in the same city, passing on the experience and knowledge that I gained in 24 years of law enforcement,” Conner said in a city press release.

Conner has spent years working in the county's code enforcement unit, dating back to when it was under the district attorney's purview and wielded law enforcement powers. Conner has seen a variety of changes in code enforcement since his arrival, including the unit being stripped of law enforcement powers amid community concerns in Southern Humboldt and the unit's transfers, first to the county counsel's office and then to planning and building. Throughout his years with the county, Conner has continued to serve as a reserve officer in Rio Dell, allowing him to keep current with the Commission on Peace Officer Standards and Training even in recent years when he wasn't working for a law enforcement agency.

The University of California at Berkeley graduate will replace Graham Hill, who retired in July after 22 years with the force, including 13 as chief.

If all goes as planned, Conner is expected to begin work before the end of the year with a formal swearing in ceremony set for Jan. 2.

Read the full release from the city of Rio Dell below:


The City of Rio Dell is pleased to announce that Mr. Jeff Conner has accepted an offer to serve as the Chief of Police for the Rio Dell Police Department. Conner started his law enforcement career in 1993 as a Patrol Officer in Rio Dell under Chief Rick Shipley.

Conner was promoted to the position of Sergeant and Acting Chief of Police before he began work at the County of Humboldt in 2002. He has since served in a reserve capacity for the department. Conner has an undergraduate degree in forestry from UC Berkeley.

“The demands upon the position of the Chief of Police are great even though this is a small city and small department. Jeff Conner has demonstrated his thoughtful character, enthusiasm and has a respect for and understanding of this community. He is ready for the challenge.” stated Rio Dell City Manager Kyle Knopp.

Upon accepting the offer, Mr. Conner stated, “I started my law enforcement career in Rio Dell so it seems fitting that I end my career in the same city, passing on the experience and knowledge that I gained in twenty-four years of law enforcement.”

An open recruitment for the position began in August and elicited statewide responses. In conjunction with the City Manager, an Ad Hoc committee composed of the Mayor and Mayor Pro Tem was formed to review potential candidates and identify prospects for the next Chief of Police.

Mayor Frank Wilson identified the Police Department as a major asset to the community and stated “It is important that Rio Dell maintain its own police force. I’m very happy to have Mr. Conner aboard to help move the department forward.”

A special session of the Rio Dell City Council has been called for December 13, 2017 at 4:00 pm to confirm the appointment. Conner is expected to begin work before the end of the year and will have a formal swearing in ceremony at the regularly scheduled City Council Meeting on January 2, 2018.