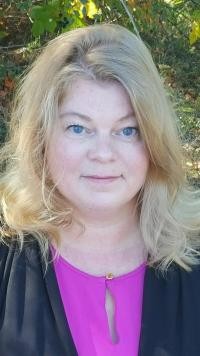 There’s a new judge in town.

Gov. Jerry Brown just announced that he appointed Deputy Public Defender Kelly Neel to the Humboldt County Superior Court judgeship being vacated by Judge Timothy Cissna, who is retiring next month after nearly two decades on the bench.

“I’m just speechless,” Neel said when reached by the Journal. “I am genuinely excited to be able to continue being a public servant but in this new capacity. I’m thrilled.”

Soft-spoken but with a reputation for being smart and relentless in the courtroom, Neel, 47, is well respected around the county courthouse, having spent stints in the offices of the district attorney, county counsel and the public defender. A graduate of the University of Missouri School of Law, Neel has spent the bulk of her time in Humboldt County working for the district attorney’s office, where she worked up to the title of assistant district attorney, a role she held for four years before departing in 2015. Since then, Neel has worked as a deputy public defender.

Over the years, Neel has handled a variety of high-profile cases on both sides of the courtroom. Most notably, she successfully prosecuted Chad Larsen for a murder-for-hire plot targeting a 16-year-old girl who was poised to testify against him in a statutory rape case. On the defense side of things, Neel and Deputy Public Defender Luke Brownfield defended Kyle Zoellner against a charge of murder stemming from the stabbing death of Josiah Lawson, in a case that was dismissed due to insufficient evidence after a preliminary hearing.

Neel is Brown’s second judicial appointment in Humboldt County, following Greg Elvine-Kreis, who was appointed back in May to fill the seat vacated by the retirement of Bruce Watson in January of 2016. She will be sworn in Jan. 30.

Informed of the governor’s decision Tuesday, Neel said she hasn’t had much time to think about the transition process and doesn’t know what her first court assignment will be, though she imagines it will be on the civil side to avoid potential conflicts that might arise from her having spent the last decade working in criminal courts.

The full release from the governor’s office is copied below: