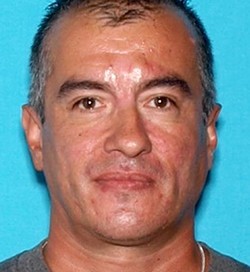 A body found on a South Jetty beach last January has been identified as Mitchell G. Hernandez, who had been reported missing on Nov. 23, 2016. The cause of death is consistent with drowning, according to a release from the Humboldt County Sheriff’s Office.

According to the Journal's Feb. 8 story "Still Missing," his backpack was found on the Eel River bar in Alderpoint by family members searching for him.

Hernandez was 47 when he was last seen in the Alderpoint area on Nov. 20, 2016. No other details were released.


Read the release from the Humboldt County Sheriff’s Office below:


The Humboldt County Coroner’s Office has identified the body of a man discovered on the South Jetty beach on Jan. 6, 2017. The body has been identified as missing person Mitchell G. Hernandez. Hernandez was reported missing to the Humboldt County Sheriff’s Office on Nov. 23, 2016. He was last seen in the Alderpoint area on Nov. 20, 2016. Hernandez was 47 years old at the time he went missing. Hernandez’s cause of death was determined to be consistent with drowning.