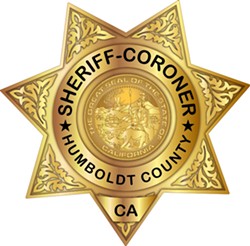 The Humboldt County Coroner's Office and the California Occupational Health and Safety Administration are investigating the death of Scott Eskra, 42, who died yesterday morning on a logging operation in Hydesville. According to scanner traffic, Eskra was injured when a tree branch fell on him, breaking a femur.

Samantha Karges, spokesperson for the sheriff's office, did not  release the name of the company Eskra was working for or more details about the injury, saying Eskra was declared dead upon arrival to the hospital. In the press release, Eskra is referred to as an independent contractor.

Eskra was well-known in the local baseball community, having played infield for the Crabs in 1995.

On March 7, 2018 at about 9:30 a.m., Humboldt County sheriff’s deputies were dispatched to a property on the 2500 block of Hill Ln. in Hydesville for the report of an industrial accident.

An independent contractor, identified as 42-year-old Scott Eskra of Eureka, was doing tree work on the property when he received fatal injuries from a felled tree branch.

Cal-OSHA and the Humboldt County Sheriff’s Office are currently investigating this incident.

An autopsy has been scheduled for Friday, March 9.