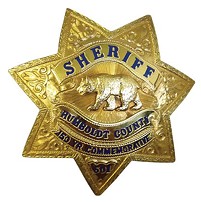 The Humboldt County Sheriff's Office has launched a death investigation after a decomposing male body was found today near the mouth of the Eel River on the South Jetty.

The sheriff's office released few details, just that deputies were dispatched to the scene shortly after noon today and that deputy coroners took possession of the body. An investigation into the man's identity remains ongoing.


On 3/10/18 at approximately 12:11 pm, Humboldt County Sheriff’s Office Deputies were dispatched to the report of a dead body near the mouth of the Eel River and the South Jetty. Deputies and a Warden with the Department of Fish and Wildlife arrived on scene and located a decomposed male body, south end of the South Jetty near the mouth of the Eel River. The Coroner’s Office arrived on scene and the body was recovered. The investigation to the identity is ongoing.