'Too Far to Turn Back:' Arcata Continues Community Dialogue on Race

People of color don’t feel safe in Humboldt County. That was the message reiterated over and over by speakers at Thursday night’s Community Dialogue on Race at Arcata’s D Street Neighborhood Center. The forum, attended by almost 100 community members, came as part of a series of dialogues and updates following the slaying of Humboldt State University student David Josiah Lawson, who was stabbed to death at an Arcata house party on April 15, 2017.

Arcata Mayor Sofia Pereira, speaking before the meeting, said that the city was in “uncharted territory” in terms of how to facilitate conversations about race.
The community forums, initially focused on student safety and updates on the investigation into Lawson’s death, have transitioned into a larger conversation around the concerns about Humboldt County’s troubled relationship with race and racism. The subject has animated many public forums lately, including the prior night’s city council meeting, when public comment stretched on for four hours over the statue of William McKinley on the Arcata Plaza.

“We heard the desire to have a community forum to engage in dialogue, to create space to support a community dialogue,” said Pereira, referring to the city’s choice to move the forums off campus and into the community at large. The meeting began with a friend of Lawson’s reading aloud a letter written by the slain student’s mother, Charmaine Lawson, saying “we have gone too far to turn back now” and “let the conversation begin.” 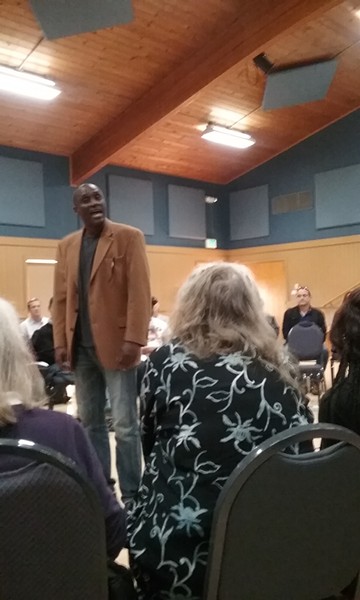 The meeting was facilitated by Pastor Roger Williams of the local Seventh-day Adventist Church, who shared his own experience as an African American man growing up in rural Ukiah in the 1960s and '70s. He shared his mother’s guidance distinguishing “ignorance from malice” and using instances of ignorance as “teachable moments.” Paula Jones, who moved to a very racially-homogenous Arcata in the 1970s, echoed his sentiments, saying that it was “her responsibility to love each and every one of you,” and that many people don’t have the blessing of growing up in a diverse community.

“A lot of white people have done a lot of good in this country,” she said, adding, “If you want friends, show yourself friendly.”

Her remarks were not well-received by some of the students and community members of color, many of whom sat at the back of the room and refused an invitation to join the concentric circles of chairs that surrounded the microphone at the center of the room. Several people walked out as Jones spoke. As Erin Youngblood-Smith, who works at the university’s African American Center for Academic Excellence, said later, it is not the job of students of color to educate or do the emotional labor for the community.

“White allies need to step up and protect students,” she said, adding that students should be able to concentrate on their studies rather than doing the emotional heavy lifting of helping Humboldt County sort out its complicated relationship with race.

One student told the audience how she described racism in Arcata to a person who lives out of the area.

Many people snapped their fingers in approval of her words. She and other students described incidents where they felt unsafe and uncomfortable, including being yelled and honked at by people in trucks, being followed around stores, being compared to Janet Jackson, being asked about their hair and being fired from their jobs for calling out racial slurs.

Williams delivered a call to action to white people in the community, remarking on the level of discomfort people of color feel and asking those he called “melanin deficient” to lean into their own uncomfortable situations by calling out racism when they see it.

At the end of the forum, several people asked when they would receive more information about the Lawson case and why Arcata Police Chief Tom Chapman had not attended the dialogue. City Manager Karen Diemer said in previous forums people said the presence of police officers had made them uncomfortable and asked the community to weigh in on whether officers should attend similar forums in the future. The discussions will continue on the fourth Thursday of each month. 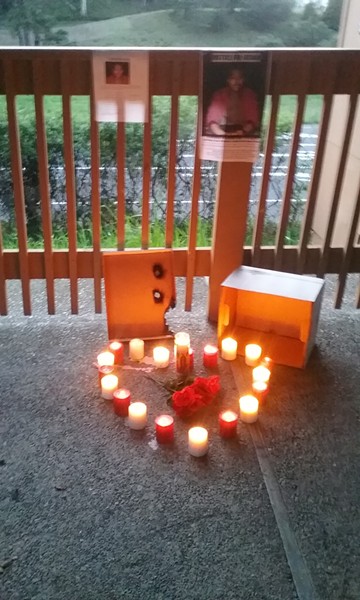