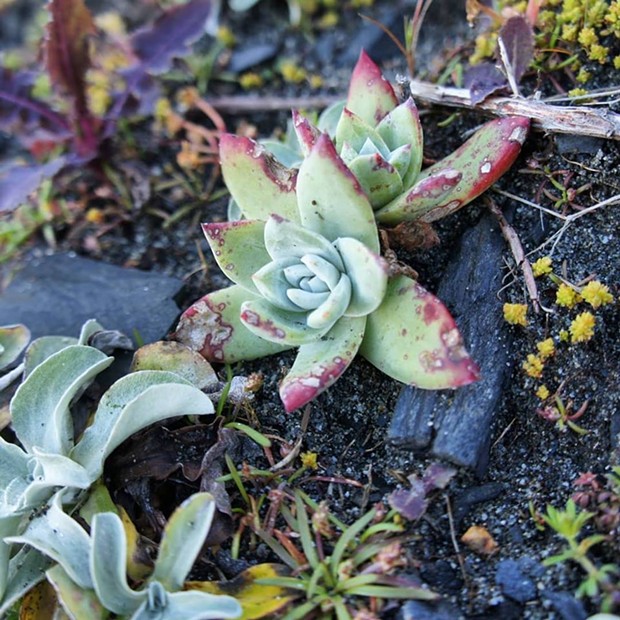 More than 1,000 succulents pilfered for sale overseas in by what the California Department of Fish and Wildlife described as an “international conspiracy” were returned to nature on Tuesday by a team of volunteers who planted them along the bluffs at Stone Lagoon.

Those plants were among some 2.300 taken from near Trinidad by a trio of men busted earlier this month by CDFW officers who seized more than 1,000 in boxes prepared for shipping and the remainder after serving search warrants at the suspects’ hotel room. See previous coverage here.

Fish and wildlife officials say there is a “rising poaching trend on the North Coast” targeting the drought-resistant plants, which are popular as decorative arrangements and can bring $40 to $50 apiece on the Asian market. The value of the plants in the Trinidad sting was upwards of $1,000 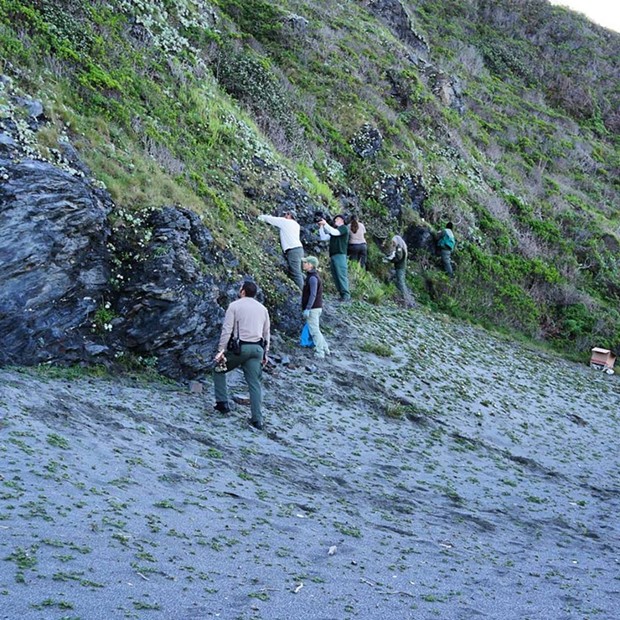 
If you visited Stone Lagoon yesterday, you would have seen over 30 determined volunteers and agency representatives perched on the bluffs. Armed with trowels and coffee, they replanted over 1,000 succulents (Dudleya farinosa) that had been illegally harvested.
The #RedwoodNationalandStateParks are home to a myriad of threatened and endangered plant species including D. farinosa. The removal of D. Farinosa can cause a chain of environmental damage, including habitat degradation, dune destabilization, and loss of vegetation.
Thanks to the efforts of multiple agencies, volunteers, and visitors, your National and State Parks continue to be a place to enjoy and appreciate natural beauty.