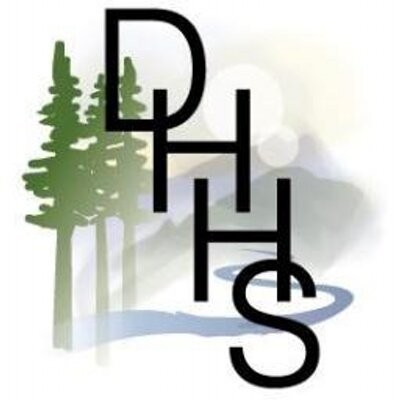 Of the eight people diagnosed so far this year, five are believed to be linked. The public health investigation is ongoing and that number is expected to change. Another 13 cases that came to public health’s attention in 2018 were acquired outside of Humboldt County.

PREVIOUS: County health officials are alerting the public after finding an apparent link between two locally-acquired HIV cases identified last month as they continue to await lab results on other possible cases that may also be related.

Hava Phillips, a public health nurse in the county’s Department of Health and Human Services Communicable Disease Program, says the diagnoses not only raise the potential for ongoing transmission of the virus that causes AIDS but also the possibility that additional infections have already taken place in the community.

She notes that there have been whole years when just two locally-acquired cases were confirmed — as opposed to people found to have become infected elsewhere or who acquired the virus before moving to Humboldt — so to see two in one month was highly unusual.

“We have enough concern that we want the public to be aware that they should be taking steps to protect themselves from HIV infection,” she says, emphasizing that the situation is fluid and health officials are still awaiting lab work as they continue to narrow down common denominators.

Phillips says she could not specify the apparent link in the cases due to privacy concerns but, speaking generally, public health investigations involve an extensive look at numerous factors, including the timeline in which the virus was acquired, where the individuals live, where they’ve traveled, what events they attended and their potential risk factors.

All of those points are then “lined up side by side” to find potential correlations, she says.

According to a DHHS release on the HIV cases, those at a greater risk include people who have multiple partners, men who have sex with men, intravenous drug users who share needles and people who have anonymous partners, “a practice made easier by the prevalence of smart phone hookup apps.”

Phillips says the virus was sexually transmitted in these particular cases and none involved individuals using intravenous drugs but there are concerns about a crossover into that population due to the increased potential for transmission.

The latest numbers available from the state Department of Public Health show an average of 190 people over the age of 13 were living with HIV/AIDS diagnoses in Humboldt County from 2013 through 2015, giving Humboldt County an infection rate of 165 cases per 100,000 residents. (That's less than half the state rate of 389.5 per 100,000 over the same time period.)

DHHS is also seeing an increase in cases of chlamydia, gonorrhea and syphilis, with the latter skyrocketing in recent years, going from two cases in 2013 to 21 in 2017.

Phillips says Humboldt County appears to be on track to double last year’s figure and notes there is often an “interplay” on the microbiology level between syphilis and HIV infections.

The county is encouraging residents “to be honest with their medical providers about their sexual history and get tested regularly.”

“There is an unprecedented number of STDs in Humboldt County, reflecting a national trend,” Baird said in a release. “All of these diseases are treatable, but they have to be diagnosed first and can be most contagious in the early stages.”


County health officials are reporting a recent spike in HIV cases after an unusual number of infections were confirmed in April. Several of the cases are believed to be related.

Additionally, there has been an increase in the number of cases of chlamydia, gonorrhea and syphilis locally.

“There is an unprecedented number of STDs in Humboldt County, reflecting a national trend,” he said. “All of these diseases are treatable, but they have to be diagnosed first and can be most contagious in the early stages.”

It’s important for people to be honest with their medical providers about their sexual history and get tested regularly. People who have multiple partners, men who have sex with men and intravenous drug users who share needles are at greater risk.

Dr. Baird said some of those at highest risk are people who have anonymous partners, a practice made easier by the prevalence of smart phone hookup apps.

To find out if you are at risk or to make an appointment to get tested for STDs, call your health care provider or the Public Health Clinic at 707-268-2108.