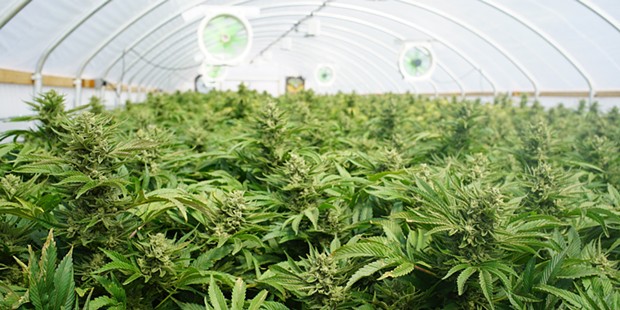 After hours of discussion, the Humboldt County Board of Supervisors voted this afternoon to pass its new commercial cannabis land use ordinance.

The ordinance got four “yes” votes but Third District Supervisor Mike Wilson didn’t support it, though it’s unclear if he voted against it or abstained. (It seemed like he said he abstained from the vote, but board Chair Ryan Sundberg announced the vote as “4-1.”) In any event, the new ordinance is aimed at bringing county regulations in-line with statewide rules, mitigating some unintended consequences of the county’s old ordinance and, potentially, giving local farmers an opportunity to capitalize on canna-tourism.

But the vast majority of today’s conversation centered on how the county will treat commercial cannabis cultivators whose operations fall within 1,000 feet of the spheres of influence of local cities, tribes and planning areas. After the permitting of some cannabis farms on the outskirts of Fortuna — which has taken a strident anti-cannabis stance within its city limits — drew a public and intergovernmental backlash under the old ordinance, planning staff sought to give neighboring jurisdictions more control in the new ordinance.

To that end, new farms looking to set up shop within 1,000 feet of such boundaries under the new ordinance will have to get conditional use permits. But the question the supervisors grappled with for much of today was what to do with the 34 cultivation sites that were permitted through a ministerial process with little public input and 143 others that are in the application process, having begun it under the county’s prior — and less stringent — ordinance. 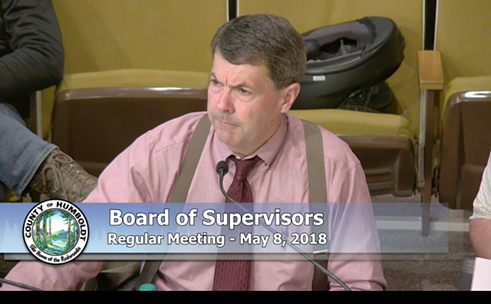 The supervisors seemed torn between the pull to be respectful of impacts to other jurisdictions while also recognizing that farmers applied for permits under certain rules and may undergo huge expense and delay if those rules were changed.

The board ultimately decided all new applications received under the new ordinance for grows in such areas will have to go through the conditional use permit process. For existing applications or permitted grows, applicants will have three months to make a showing to the planning department that there is no “public controversy” surrounding their cultivation operation, meaning that no neighbors object to its location. If they can make that showing, the property would fall in line for a special permit. If they can’t, they would have six months to decide from four options: move their cultivation operation so it was set back at least 600 feet from neighboring properties, fully enclose the grow and add odor-control measures, use a county program to retire their current grow site in order to set one up on a suitable property elsewhere or go through the full conditional use permit process. The applicant would then have 36 months to make the needed changes.

The new ordinance also makes some changes to the school bus stop setback requirements. Specifically, it requires that open-air cultivation operations be set back at least 600 feet from school bus stops but eliminates the requirement for indoor grows and nonvolatile cannabis manufacturing operations. The new ordinance also reduces the total allowable cultivation space on parcels 320 acres or larger from 12 to 8 acres, but allows up to 10,000 square feet of indoor cultivation on such parcels. (According to Planning Director John Ford, about 30 applications are currently pending on properties of 320 acres or more and the new ordinance will allow 10 additional such applications a year.)

The new ordinance also caps new permit applications at 3,500, with a moratorium on new or expanded cultivation in certain watersheds. (To date, some 1,800 cultivation applications have been filed with the planning department while officials estimate there are more than 10,000 large scale grows in the county.)

“The people we’re talking about here are about 18 percent of the people in the business trying to come into compliance,” First District Supervisor Rex Bohn said. “I wish we were putting as much effort into going after the other 82 percent that haven’t set a foot inside the planning department. … Our watersheds wouldn’t be having a problem at all if we took every one of those illegal grows out of them.”