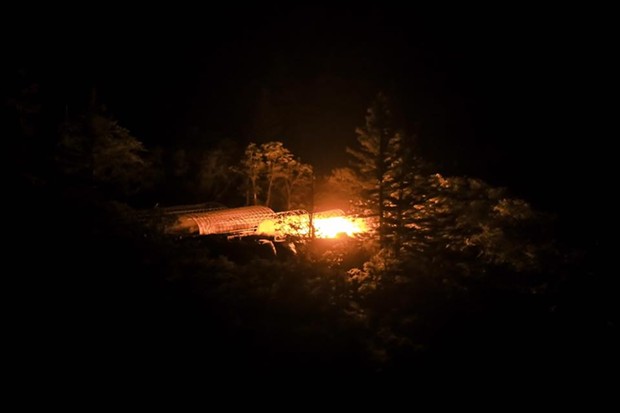 Editor's note: This story first appeared on www.kymkemp.com and is reposted here with permission.

Once again spring brings light to the hills of the Emerald Counties — large industrial lights that flood valleys, glow into neighbors’ windows and possibly confuse wildlife, disrupting natural cycles. Rural communities complain that greenhouses constructed specifically for growing marijuana bring unwanted light into rural areas usually only lit by the stars, the moon and an occasional pinpoint of light from a distant cabin.

Concerns about the lights vary. Many rural residents are worried about environmental issues, ranging from the light creating problems for animals that are nocturnal hunters to the it impacting the night skies, making it more difficult to view the stars. Others are concerned about lights shining in their homes and the generators that power them disturbing quiet neighborhoods. 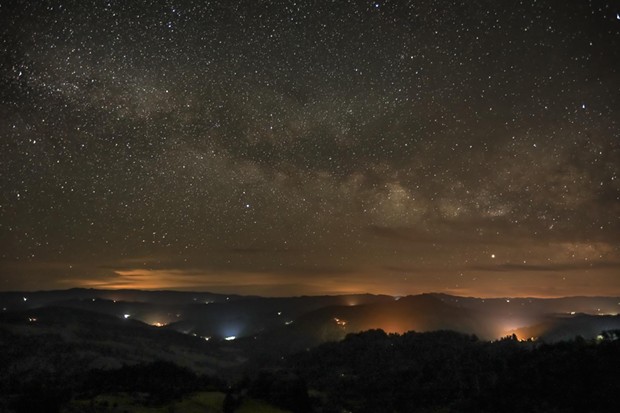 According to Kyle Keegan, a local resident who has studied the issue, “[A]n increasing body of scientific knowledge tells us that altering the day/night cycles of environments can have a profound effect on the physiology of human and nonhuman species, as well as ecological systems.”

Keegan said, “The whole phenomenon of light pollution was not taken seriously until the last decade.” But, he said, scientist have become increasingly concerned as they’ve looked into the situation.

Keegan particularly worries that the large number of greenhouses lighting up the dark will affect nighttime pollinators, such as moths. He worries that the glow will attract moths and other insects. “If they are out there chasing that light, they are not being pollinators,” Keegan explained. This can disrupt natural processes and possibly change our local ecology.

Keegan says the number of uncovered greenhouses appears to have slightly decreased in his neighborhood this year. However, in March 2013, as the following light map shows, there were few lights showing beyond those found in towns. 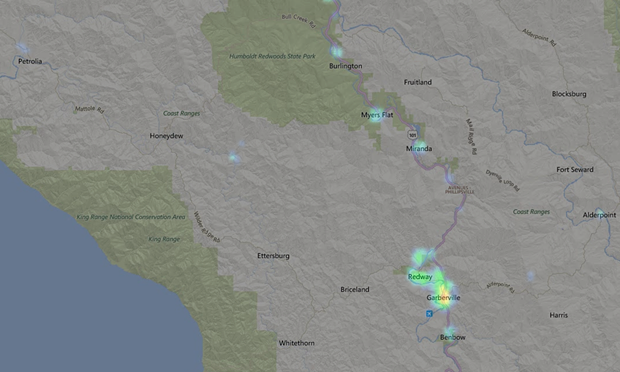 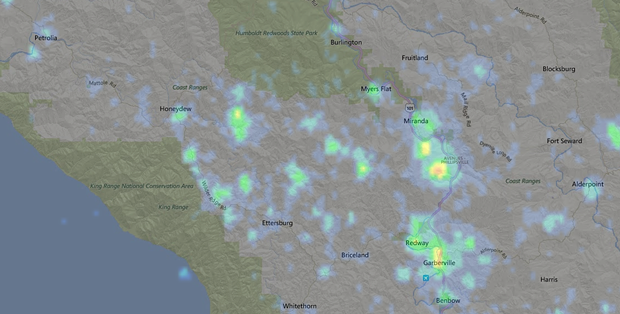 One side effect of the uncovered greenhouse lights is that they are frequently confused with wildfires. Firefighters, most of them volunteers, are then roused from their beds and sent chasing the false fires wasting their time and their resources. 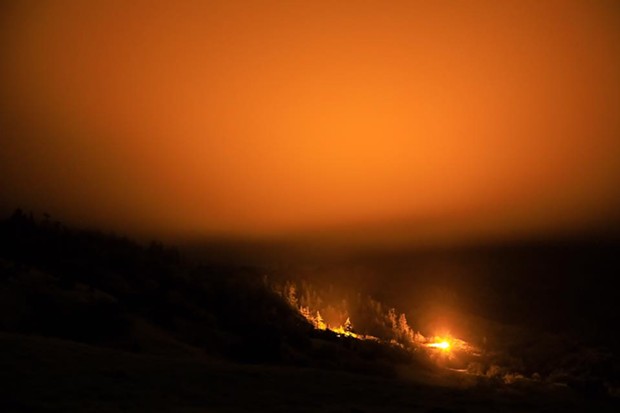 Possibly of the most importance to the actual grower is that having a light source provides a beacon to the greenhouse and the light itself is illegal. According to Humboldt County regulations, “Cultivators using artificial lighting for mixed-light cultivation shall shield greenhouses so that little to no light escapes. Light shall not escape at a level that is visible from neighboring properties between sunset and sunrise.”

According to a spokesperson for the Humboldt County Planning Department, “The Planning and Building Department line is the best contact for light complaints…” 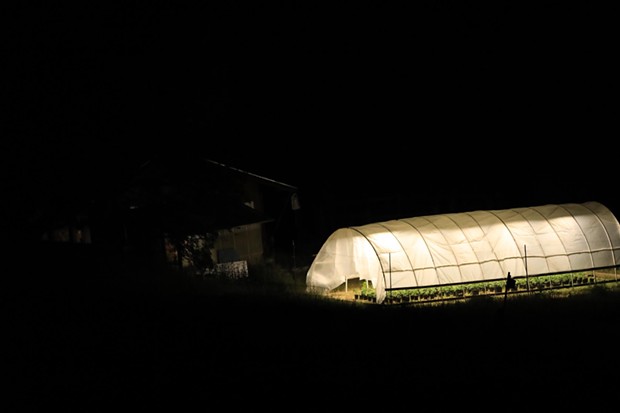 Many, if not most, greenhouse owners cover their lights but, the glow from the ones who don’t continues to frustrate rural neighborhoods.