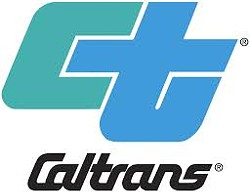 FOURTH UPDATE: In a press release, the California Highway Patrol has identified the two McKinleyville women killed in yesterday's crash as 46-year-old Terra Smith, who CHP identified as the driver, and 64-year-old Andra Cooper, her passenger.

The crash happened at about 1:20 p.m., when a red Chevrolet Silverado pickup veered off the roadway, overturned and slid into the path of a Peterbilt tractor trailer. The pickup’s driver and passenger were pronounced dead at the scene, while the tractor trailer driver was uninjured, according to CHP.

Authorities aren’t releasing the identities of the victims until their families can be notified. It remains under investigation whether drugs or alcohol played a factor in the crash.

See the CHP incident report copied below our original posts.

SECOND UPDATE: CHP reports at 4:45 p.m. that the roadway is now open in both directions but asks drivers to use caution, saying there may be heavy traffic in the area.

UPDATE: CHP reports one -way traffic is in effect and the road is expected to open by 4 p.m.

Caltrans is reporting U.S. Highway 101 is closed 1 mile north of Orick due to a fatal collision. At this point, there is no estimation for when the roadway will reopen. Kym Kemp's website is reporting that the collision was between a semi truck and a pickup and that one of the vehicles had overturned.

This post will be updated as more information becomes available.