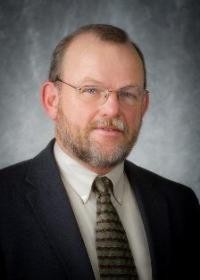 For the first time in recent memory, the Humboldt County Superior Court bench is back at full strength.

Gov. Jerry Brown has announced he will appoint Timothy Canning, the 59-year-old court commissioner from Arcata, to the seat vacated by the retirement of Judge John T. Feeney earlier this year. Canning, a Democrat, according to the governor’s press release announcing the appointment, has a law degree from University of California Hastings and was in private practice for 25 years before serving as the Humboldt County Superior Court’s research attorney for two years, then assuming the role as court commissioner in 2017.

Canning is the fourth judge appointed by Brown in the last year, as the governor has been forced to fill a wave of retirements on the local bench. The court has been short staffed since Judge Bruce W. Watson retired in January of 2016, to be followed in quick succession by Marilyn Miles, Timothy Cissna and Feeney, who all stepped down after about two decades on the bench, having come in together in the late 1990s.

Judge Dale Reinholtsen has also announced his retirement at the close of his term, which comes up this year. Two local attorneys, Lathe Gill and Lawrence Killoran, are running for his seat. Read more about that race here.