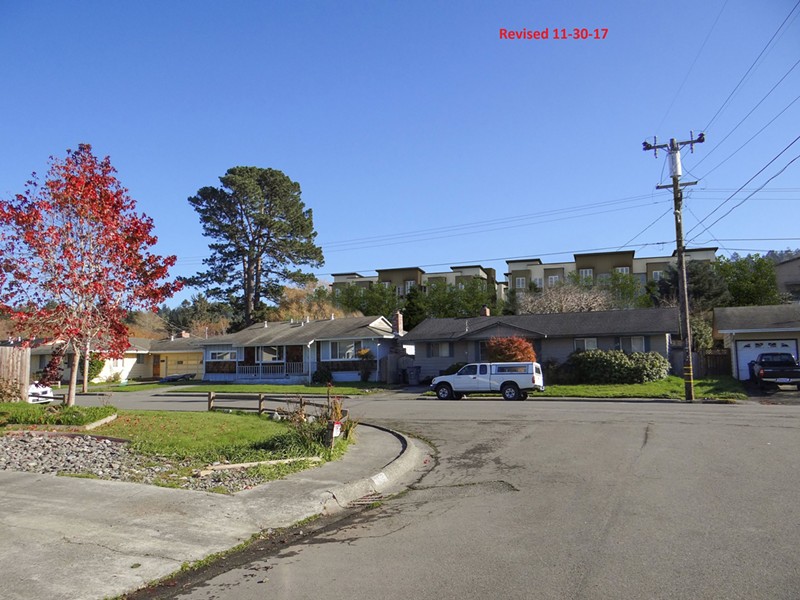 The Arcata City Council will consider Wednesday appointing an interim police chief and conduct a public hearing on a massive student housing complex — a controversial project expected to bring in such a large crowd that staff recommends shifting public comment on the item to a special meeting Thursday.

While the city is searching for a permanent chief after Tom Chapman’s sudden resignation in April, Richard “Rick” Ehle would oversee day-to-day operations of the department to “reduce that impact on current staff during this transitional period,” according to the staff report.

His appointment is part of the council’s consent agenda, which is passed without discussion on a single motion unless an item is pulled to be considered separately.

The city has hired a national recruitment firm to conduct the search for a permanent replacement, which is estimated to take about six months.

In other business, the council is scheduled to hear a presentation on the now downsized The Village, a private development for Humboldt State University students that has drawn criticism for its bulk and potential impacts to surrounding neighborhoods. Read previous coverage here and here.

Rather than the original three- and four-story buildings serving nearly 700 students, similar to the projects that Los Angeles-based developer AMCAL has built in other towns, the new proposal calls for a two-and three-story complex to house 600 students.

According the city staff report, the “revised project still provides inclusive student housing and dedicated student-oriented programming similar in cost and amenities to what students can experience when living on campus.”

A nonprofit group called Arcata Citizens for Responsible Housing, with some 350 members, has submitted an alternative plan for the 10-acre Craftsman's Mall site, which sits across U.S. Highway 101 from LK Wood Boulevard north of campus.

Staff has set out a proposed schedule for the process that has a decision on the project’s fate taking place in late June or mid-July. The regular meeting Wednesday and the special meeting on Thursday are schedule to begin at 6 p.m. in Arcata City Hall.