Election Analysis: What History Tells Us About Who Will Take the Fifth 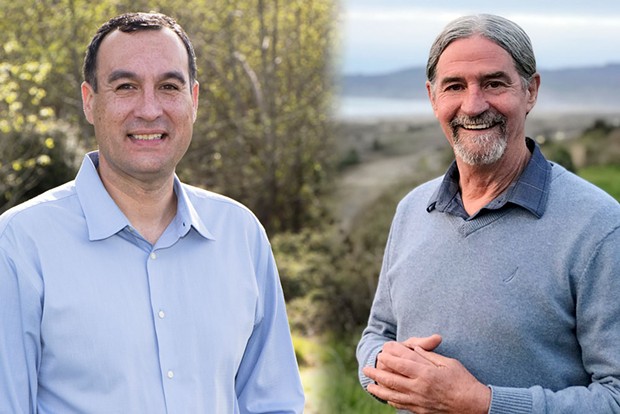 If you’re all aflutter today, opining about who’s going to come out on top in the Fifth District supervisors race, you should probably calm down. There’s a long road ahead.

Challenger Steve Madrone shocked anyone who happened to be watching at 12:40 this morning when the final election night report posted, showing he’d erased a 185-vote deficit and pulled ahead of two-term incumbent Ryan Sundberg by a slim 33 votes. But there are a whole lot of votes left to be counted and — if history is a guide — it’s going to be a few weeks before we get an update. That said, if we're still using history as a guide and intent on doing some educated guessing, the odds appear to favor Madrone.

Humboldt County Registrar of Voters Kelly Sanders told the Journal as she was packing up shop at the elections office in the wee hours of the morning that she didn’t even have a ballpark guess as to how many ballots remain to be counted countywide, much less in the Fifth District. And it should be noted that in addition to the vote-by-mail ballots dropped off at polling locations and the elections office yesterday, the provisional ballots cast and the walk up registrants who voted on Election Day, there are also a host of vote-by-mail ballots that haven’t even shown up  yet, as law requires only that they be postmarked on Election Day to be valid. So there are a whole lot of unknowns.

But we can use history as a bit of a guide here to come to a ballpark guess. In the last Fifth District contest, back in 2014 when Sundberg cruised by challenger Sharon Latour, the final election night tally saw 4,554 votes. When the post-election update was released 21 days later, there were 1,166 additional votes cast in the race. (In 2010, the Fifth District race added 1,242 votes in the post election update.)

This go around, the final election night tally was 4,796 — indicating a higher turnout in the Fifth, which is especially interesting because countywide turnout was down about 11 percent from the primary four years ago. That’s a clear indication voters were engaged in this race, or at least more so than four years ago. (It’s also worth noting the county has about 567 more registered voters now, according to the California Secretary of State’s Office.)

All that’s to say it’s a safe bet there are at least 1,166 ballots outstanding and likely a handful more.

Prognosticating how those votes will fall is daunting — after all, we are looking at a race in which the candidates are currently separated by just 0.69 percent of the vote. But there are some trends that may serve as indicators of what’s to come.

One thing that surprised those watching is Madrone’s late night swing. To recap, while Sundberg took almost 55 percent of the first votes counted from Fifth District polling locations, Madrone more than flipped those numbers in the final tally, taking 57.56 percent of the 1,416 votes counted between 11:57 last night and 12:40  this morning. That was enough to move him from 5.5 points down to a hair ahead. Shocking, right? Well, maybe it shouldn't have been.

In 2010, Sundberg was squaring off against three others vying for the seat he would go on to win. In that race, he took 51.58 percent of the first votes counted from polling locations but his percentage of the take dropped to 33.1 percent in the next batch and came in at 35.7 percent in the final election night count.

The 2014 election followed a similar pattern, with Sundberg taking a whopping 64.8 percent of the first votes from the polls then petering off to 55.77 percent when the rest of the Fifth District polling locations returned their ballots.

Without fully diving into the precinct-level data, it’s hard to pinpoint why, but Sundberg has solidified pattern of starting fast in the early polling location returns before slowing down as more precincts report. 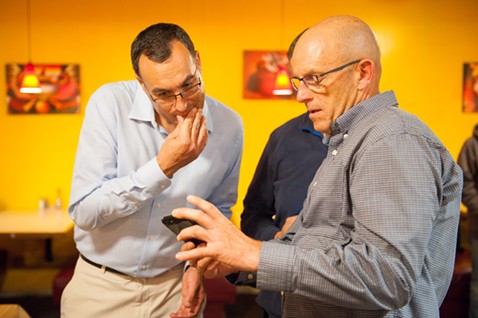 But what does history tell us about how Sundberg fares with all those votes counted after Election Day? In short, it tells us that he hasn’t done as well as he did in the final election night tallies.

So what’s this all mean? With such small sample sizes, it’s hard to say but it certainly shouldn’t make Sundberg feel better about his 33-vote deficit. This election followed the pattern set in the last two in which Sundberg fared better with early election returns than those that came later in the night. There’s also a pattern of his numbers dipping in the post-election counts, though we don’t know if that will hold true in a third straight election.

Again, we don’t know how many votes are left out there or how they’ll break. Sanders says the elections office is currently sifting through everything it has in hand with the hopes of offering some kind of ballpark estimate later today.

With just 0.69 percent of the vote currently separating the candidates, it seems worth noting that there is no trigger for an automatic recount in California. Candidates or citizens may file for one within five days of election results being certified, though the requesting party has to cover the costs, which typically run well into the thousands of dollars.