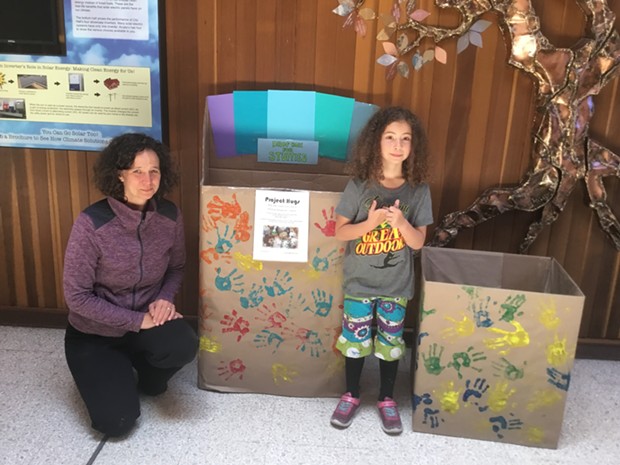 A community effort to help ease the pain and confusion of children separated from their parents at the border is collecting lightly-used stuffies at a donation box set up in Arcata’s City Hall through June 29.

Called Project Hugs, the idea for the donation drive grew out of news reports that staff at some of the shelters were not allowed to console the youngsters.

While President Donald Trump signed an executive order this week stopping the separations — after previously insisting only Congress could take the action — some 2,000 children are still being housed away from their parents and it's unclear when they will be reunited, according to news reports.

A protest against the separation policy is taking place today at the Arcata Plaza between 5 and 6 p.m. and a Families Belong Together rally is scheduled for June 30 in Old Town Eureka at 10 a.m.

Read the Project Hugs release below:


Project Hugs is a community response to the crisis surrounding immigrant children who are detained near the US/Mexican border. Stories by major news outlets have reported that children who have been separated from their parents are not allowed to hug each other for comfort and are not able to be hugged by those who are providing care and supervision.

Although hugs cannot be offered to these children from up here in northern California, community members can donate soft, stuffed animals for hugging which may bring some comfort to the children. Donations of clean, lightly-used stuffed animal toys can be brought to the Arcata City Hall between Thursday, June 21st and Friday, June 29th. The Arcata City Hall is at 736 F Street and is open between 9 am and 5 pm. For more information, contact maureenmcgarry@yahoo.com.