Moses the Yak Dies at the Zoo 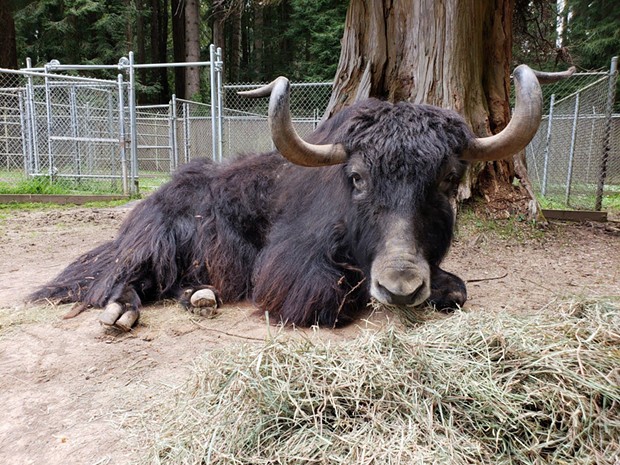 The Sequoia Park Zoo today announced via Facebook that Moses, a domestic yak, has died. He was estimated to be 15 and was suffering from age-related arthritis that increasing left him in pain.

According to the post, Moses was “a very sweet and endearing individual” that came to the zoo in 2012 with his sister Scarlett. Read more about the zoo’s history and how the end of the lives of other denizens have been chronicled here.


Sequoia Park Zoo is saddened to announce the passing of Moses the domestic yak. Moses came to Sequoia Park Zoo in 2012 with his sister Scarlett. While many in Humboldt are used to seeing cattle, guests often rejoiced in trying to guess what Moses was - often exclaiming “Buffalo!” or “Ox!” before learning more about wild and domestic yak alike. He was a very sweet and endearing individual and will be missed by many.

At an estimated age of 15, Moses was in his twilight years and in February of this year began experiencing age related arthritis and joint issues. Staff worked with vets to establish a regimen and treatment plan, and kept Moses active and comfortable for many months. Ultimately, Moses began showing increasing signs of pain and an overall decrease in quality of life, with no further options for pain management – the much difficult decision was made to humanely euthanize him.