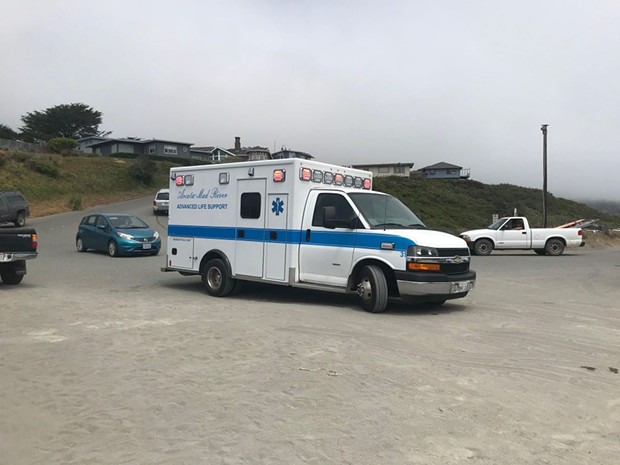 Cal Fire Battalion Chief Paul Savona has confirmed that a woman suffered a shark bite while standing in about a foot of water at Trinidad Beach.

“She received non-life-threatening injuries,” he said.

The incident happened around 2:15 p.m. and an ambulance was called to the scene to take the woman to the hospital. Few other details were immediately available.