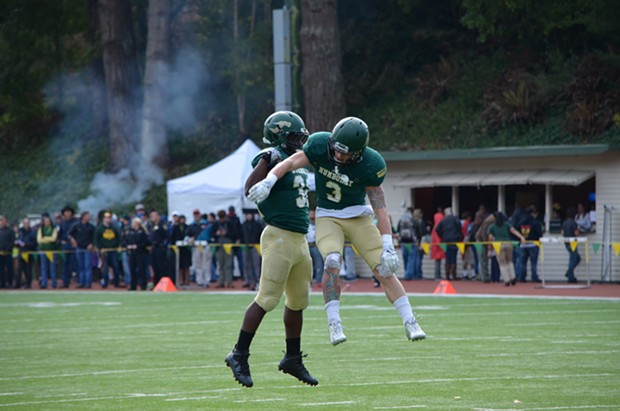 Former Humboldt State running back Ja’Quan Gardner today signed a three-year contract with the 49ers, according to the team.

Gardner made his mark as a Lumberjack, appearing in 42 games in which he broke campus records and was an integral part of the 2015-2016 football team that saw HSU rack up its first post-season win since 1968.


The 23-year-old Ceres native — who was named the Northwest Athletic Conference’s offensive player of the year in 2015  — will wear number 38.

Read the release from the San Francisco 49ers below:


The San Francisco 49ers announced on Tuesday that they have signed running back Ja’Quan Gardner to a three-year deal and waived safety Chanceller James.

James (6-2, 208) originally signed with the team as an undrafted rookie free agent on May 8, 2017. He was placed on the Injured Reserve List on August 15, 2017, where he spent the entire season. James attended Boise State University where he appeared in 35 games (24 starts) and registered 171 tackles, 10.5 tackles for loss, four interceptions, 3.0 sacks, seven passes defensed and one fumble recovery.