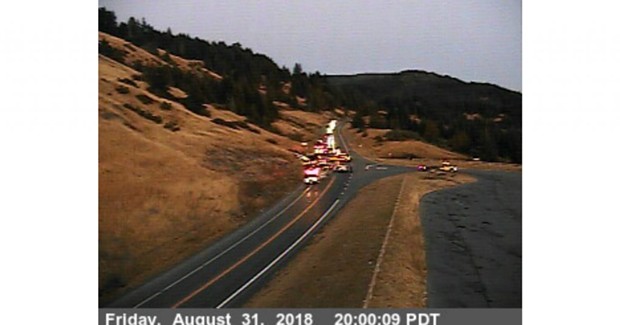 At approximately 7:20 p.m., two vehicles collided at Vista Point on Berry Summit on State Route 299. Traffic lanes were reopened around 8:30 p.m. after being closed due to the accident, according to the CHP Traffic Incident Information Page.

A Toyota 4-Runner and a Chevrolet Silverado struck front ends, according to the same source. One was pulling a boat on a trailer.

Two ambulances were requested, according to a dispatcher speaking over the scanner.