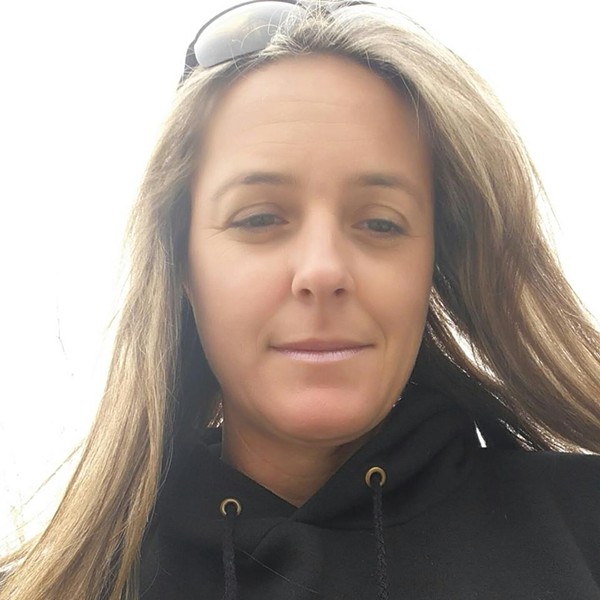 Marci Kitchen voluntarily surrendered her bail bond and turned herself into the Humboldt County jail today and, according to her court appointed mitigation specialist, will not contest prosecutors’ efforts to keep her behind bars until she is sentenced later this month on charges of vehicular manslaughter while intoxicated.

Humboldt County jail staff said that Kitchen was booked into the jail today. Reached this evening, Max Hadley, who the court recently appointed to be Kitchen's mitigation specialist, confirmed that Kitchen had voluntarily surrendered her bond in an effort to "take responsibility."

Kitchen pleaded guilty as charged in the case Aug. 20, admitting that she was driving drunk when she struck and killed two 14-year-old girls, one of whom was her daughter, on Eel River Drive shortly after dusk July 12, 2016, and fled the scene. She had remained free after posting $750,000 bail in the case but is due in court tomorrow morning for a custody hearing at which prosecutors are expected to argue that she should be held in jail until her sentencing hearing, when she faces a maximum sentence of up to 11 years in state prison, according to prosecutors, but could be released on probation.

Hadley said Kitchen made the decision to voluntarily surrender her bond.

“She decided she was going to do what she has wanted to do all along, which was take responsibility for this and start serving her time now,” Hadley said. “Her lawyers never would let her talk about this case or take responsibility because they felt the case could be litigated, so she was never able to do this because her lawyers advised against it.”

Kiya Kitchen, Kitchen’s daughter, and her friend Faith Tsarnas were both struck from behind while skateboarding on Eel River Drive. Tsarnas died at the Fortuna crash site and Kiya Kitchen died of her injuries a day later at a Bay Area hospital.

After fleeing the scene of the crash, Kitchen surrendered to authorities two months later when — after the California Highway Patrol finished its investigation — prosecutors charged her with two counts of vehicular manslaughter, one count of driving under the influence causing injury and one count of fleeing the scene of an injury crash. She had been free after posting $750,000 following her arrest.

Kitchen had pleaded not guilty in the case — which dragged through the local court system, bogged down by repeated delays, including one that came after her private attorneys stepped away from the case, saying she’d run out of money to pay them. But she surprised everyone last month when she pleaded guilty as charged, admitting each of the four counts and the seven special allegations she faced.

During the change of plea hearing, both Deputy District Attorney Stacey Eads and local attorney Heidi Holmquist-Wells, who was in court representing Kiya Kitchen’s father and brother, asked the court to take Kitchen into custody pending sentencing, noting that she has essentially been convicted, poses a flight risk and that more than 750 days had passed since the girls were killed. Interim Conflict Counsel Meagan O’Connell, who’s representing Kitchen in the case, argued against jailing her client, saying she’d abided by all conditions of her bail and made all her court appearances.

Judge Kaleb Cockrum denied the request from the prosecution for the time being but set a hearing at 8:30 a.m. tomorrow for both sides to officially argue the matter. But after Kitchen’s surrender today, O’Connell is now expected to inform the court tomorrow that Kitchen will not contest being held in jail until sentencing, which is scheduled for Sept. 18.


“She’s waiting to be sentenced and will accept whatever that sentence is,” Hadley said.