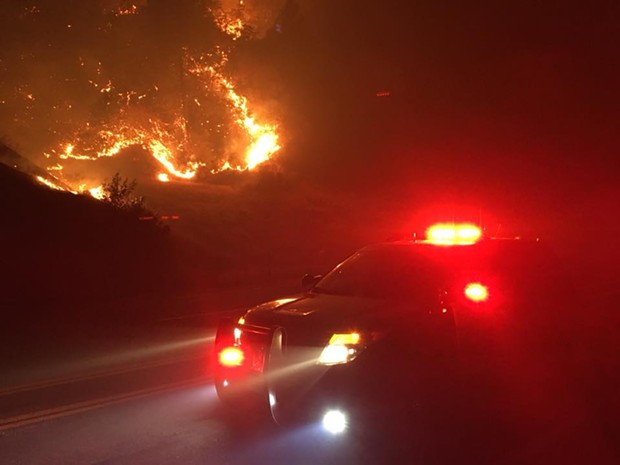 Interstate 5 remains closed for a nearly 50-mile stretch as the Delta Fire continues to spread, now standing at nearly 25,000 acres with zero containment.

Caltrans is reporting there is no estimated time for the state’s major artery to reopen and the closure is backing up traffic on alternative routes as motorists seek ways around the fire zone.

The California Highway Patrol in Redding posted on Facebook this morning that reopening the interstate is a “top priority for all the agencies involved” and asking motorists to “expect delays, be courteous to other motorist and be alert” while taking alternate routes.


Road Closures
Northbound Interstate 5 is closed at the Fawndale exit approximately 10 miles north of Redding. Southbound Interstate 5 is closed 3.6 miles south of Mt. Shasta at Mott Rd. Motorists are advised to use an alternate route and avoid the area.
Shasta County Evacuations:
Numerous structures are threatened, and the Shasta County Sheriff’s Office has issued mandatory evacuations for residents along the Interstate 5 corridor from exit 707 at Vollmers north to exit 714 at Gibson.
Follow the Shasta County Sheriff’s Facebook page: www.facebook.com/Shasta-County-Sheriffs-Office-1527637610823075/.
Trinity County Evacuations:
The Trinity County Sheriff’s Office has issued a mandatory evacuation notice for residents of East Fork Road to Ramshorn Road east to Shasta-Trinity County line. There will be a hard road closure at East Side and East Fork Road for non-residents.
There is an Evacuation Advisory only from the East Fork/East Side Road junction west to Highway 3 northward to Ramshorn Road.


We will provide updates and timelines as we discuss operations for the day with Caltrans District 2 and fire agency partners.
Opening I-5 is still a 🔝 priority for all involved agencies and a #️⃣ 1️⃣priority for CHP and Caltrans District 2.
Please check out all the detailed info in the link below about evacuations, shelters, animal housing, and fire activity. Thank you 🙏 for the support, patience, and understanding! We hope to cooler weather is on its way! Come on 🌧!!! Please!!!
For those using alternate routes... please expect delays, be courteous to other motorist and be alert.
https://inciweb.nwcg.gov/incident/6191/