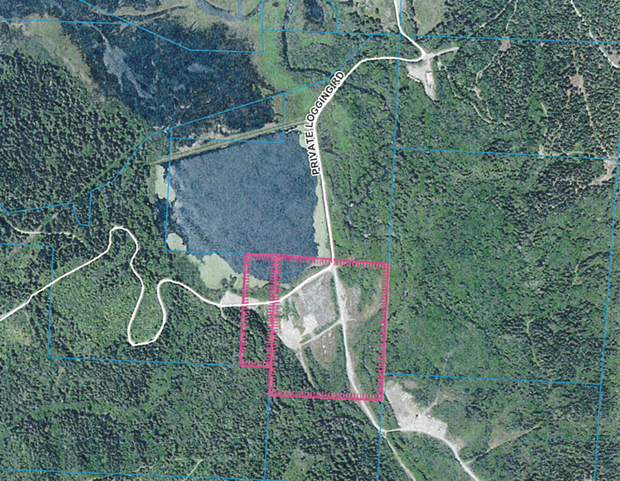 The Humboldt County Planning Commission has approved plans for the continued operation of an asphalt plant less than a half-mile from iconic Big Lagoon despite objections that all the relevant data about the plant has not yet been received and over requests to postpone the decision until next month.

The plant has been operating for several months on an expired permit.

With commissioners Alan Bongio and Brian Mitchell absent, and after a motion to postpone the vote failed, the permit passed with a 4-1 vote, with Noah Levy dissenting.

The plant, operated by Mercer Fraser Co. on land owned by Green Diamond, was initially permitted in March of 2017, with the one-year permit expiring March 18. Mercer Fraser, which is a major contractor for Caltrans, manufactures asphalt used to construct and repair the state's highways, especially the work which was done throughout the summer on U.S. Highway 101 north of Big Lagoon..

While most people are happy to see roads repaired, not everybody was happy with the location of this particular plant, which is about a half-mile from the waterway. 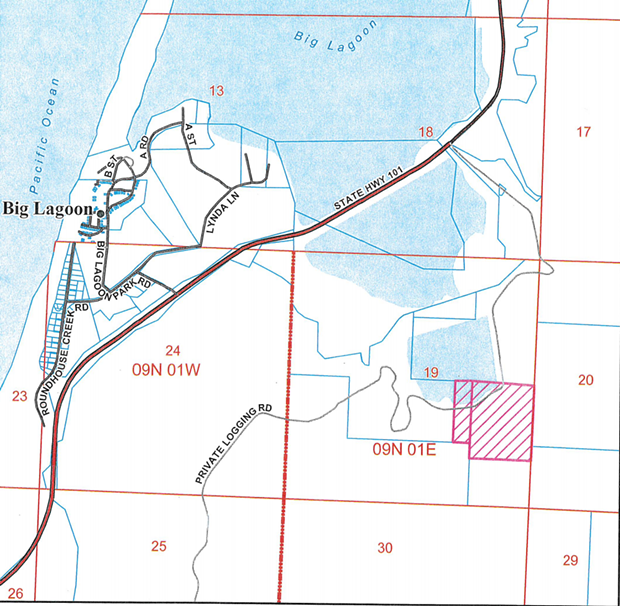 The plant is tucked away out of sight, behind a forested area, and located between two creeks that both drain into the lagoon, and according to the county's staff report, is within the 100-year flood plain. Some members of the public fear that if a flood were to occur, the creeks could become contaminated by chemicals from the plant, which would in turn contaminate the lagoon. Mercer Fraser says it can handle this problem by simply moving all the equipment and materials uphill in the event that a flood is predicted.

According to the staff report, the site contains storage bins, storage piles,
a loader, water truck and material hauling trucks. The site will not operate continuously but only on an as-needed basis, and only during the construction season of June through October. During that period, however, it may operate 24 hours a day.

Few people realized that the plant had, in fact, been operating for more than a year. The initial permit quietly passed through on the commission’s consent calendar in March of 2017. An old lumber mill once operated on the site, which has also apparently been used for other industrial purposes, although the staff report is vague as to just what these were.

Humboldt Baykeeper Director Jennifer Kalt thought it would be prudent to know just what chemicals might be contaminating the site, and in mid-August, asked the Planning Department for further information. She followed her initial queries with a California Public Records Act request and was promised her information by Sept. 24, four days after the commission was scheduled to act on the application. She asked the commission to postpone the hearing until after the requested information has been received.

Kalt also noted that the project area is home to several endangered species including coho and Chinook salmon, and cutthroat trout. She was concerned about possible flood risks and what hazardous materials may exist on the site.

Fifth District Supervisor-elect Steve Madrone spoke from the audience and expressed his concerns about the location of the project within a flood plain. He urged the commission to find a better location — and to postpone the hearing until all the relevant information was available.

With the exception of Levy, the commission did not seem too concerned about these issues. They were more impressed with the statistics provided by Mercer Fraser spokesman Mark Harrison, which compared the amount of vehicle-based pollutants that would be generated if Mercer Fraser had to transport asphalt from its Fortuna plant to the pollutants that would be generated from the Big Lagoon plant.

The statistics would probably not pass muster with a science or math teacher, since the chart Harrison provided the commission omitted such basic information as where the asphalt was going, the distance of each trip and how many trips it would take to get it there. Still, common sense confirms that fewer air contaminants are released on a drive between some unknown northern destination and Big Lagoon; compared to the same destination and Fortuna.

Harrison pointed out the advantages of the site: No nearby homes, no digging beneath the surface of the ground, invisibility from the highway and from the state park at Big Lagoon. He also noted that the site was already paved, so that nothing underground would be disturbed. In addition, the new permit was to be for a five-year period, so that if problems emerged, they could be addressed.

Levy was concerned about the adequacy of the evacuation plan, noting that if a tsunami-related flood occurred, the company would only have a few minutes’ warning, certainly not enough time to move all that equipment. He initially expressed disbelief with the staff report's statement that the "project site is not located in a tsunami inundation area," a statement that the staff planner attributed to the California Department of Conservation.

"What she [Kalt] is asking for is stuff that I would like to know as well: what we know about the contamination of the site,” he said. “This project is in a site where we know the Regional Water Quality Board has some documentation of the contamination. I would like to hear from the Department of Fish and Wildlife about an unexpected risk from a catastrophic event if it were to befall the biological resources just downstream.

"And what about State Parks,” he continued. “Due to the confluence of resources right around here and the risks that are being addressed in some way in the staff report, I think that we should hear from them. Those are the things that make me feel that I don't have all the information I need to make the decision that this is the best location."

Planning Commissioner David Edmonds asked if the plant had received any notices of violations during the year it had operated. Harrison said it had not.

Planning Commissioner Robert Morris noted that most other gravel plants are located on bare soil, not on pavement.

"It appears to me that it would be a decided benefit to have a plant that was on asphalt," he said."This has been in existence and there have been no violations. The initial plan of the applicant has worked as designed ... The efficiency of using public road dollars and the efficiency of public transportation would be facilitated by having the plant in this location. … There's a 79-percent reduction in emissions of carbon content from having the plant in this site."

Was there another possible location for the plant, asked Planning Commissioner Ben Shepherd, considering that it required a site that was already zoned for heavy industry. The county planner said there were not many sites with the necessary zoning and none in the immediate area.

Somebody noted that there were representatives from the Department Fish and Wildlife and the State Parks Department in the audience, but Morris replied that they had not offered to speak during the public comment period and had not officially responded to the county's project notice.

"We have two options before us," said Shepherd. "We can postpone the project to provide more information, or we can choose to vote it up or down. I'm leaning toward postponement because we had a number of people who expressed, 'not enough information.' ... I want the public to be more comfortable with this and not go through a series of appeals."

Shepherd moved to continue to the project to the commission’s Oct. 18 meeting. Levy seconded the move. Shepherd then added that he supported the project, that it would save trucks from having to traverse the streets of Eureka, and that most mills were already close to Redwood National Park and herds of elk.

Newly seated Planning Commissioner Mike Newman asked the applicant if the site would need to be used before the start of the rainy season. Mark Benzinger from Mercer Fraser replied that there were no plans to use it before the rainy season and that, unless the project was approved, if something came up, it would not be used. He added that more work was forecast for the northern end of U.S. Highway 101 [in California], which was why they had applied for the project.

The commissioners voted down the postponement 3-2, with Morris, Newman and Edmonds dissenting.

Edmonds then moved to approve the project and it passed with Levy as the sole dissenter.

The project approval can be appealed to the California Coastal Commission and to the Humboldt County Board of Supervisors.