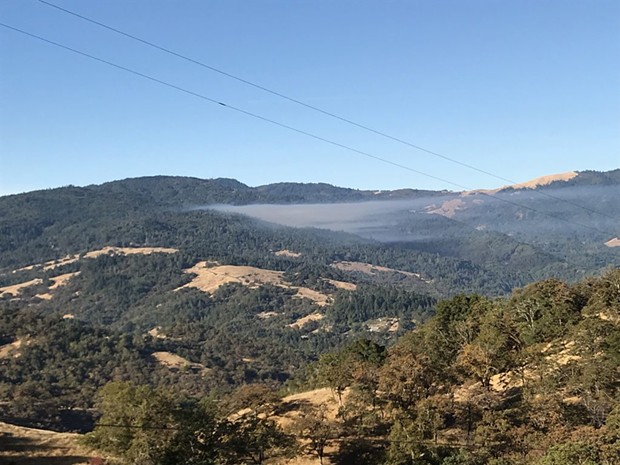 At approximately 8:30 a.m., Cal Fire received a report from a school bus driver of a fire burning near River Road west of Alderpoint in southeastern Humboldt County. According to Cal Fire Battalion Chief Laura Coleman, the fire is slowly spreading through leaf litter and by 9:30 a.m. was about 1 acre in size.

Chopper 102 arrived on the scene first, she said. “When the helicopter got there, a trailer was burned but they haven’t determined the burned trailer to be related to the fire yet,” she explained, adding that was likely the case.

Alderpoint Fire, Cal Fire and Chopper 102 are now on the scene and more information should be coming in later this morning or afternoon.