Huffman, Other Dems Call For Postponement of Kavanaugh Nomination Process 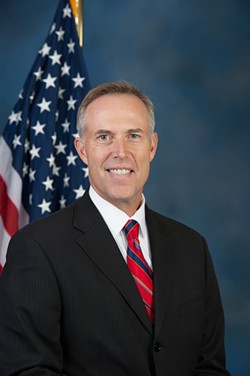 On the same morning Christine Blasey Ford testified before the Senate Judiciary Committee about a high school party at which she says U.S. Supreme Court nominee Brett Kavanaugh sexually assaulted her, Congressman Jared Huffman called for his confirmation proceedings to be postponed.

In a letter signed by Huffman and 65 other Democratic members of Congress, the representatives called on Senate Majority Leader Mitch McConnell to suspend the process until the FBI can conduct a thorough investigation into Ford’s account, as well as those of other women who have now come forward.

“We urge you to give these allegations the respect and seriousness they deserve,” the letter states. “Anything short of that is an insult to women and girls everywhere and sends a chilling message that survivors should not come forward because they will not be believed.”

Kavanaugh, who has denied the allegations, is scheduled to testify later today.

Read the full contents of the letter below:


Once again, we are urgently requesting that Senate leadership postpone any proceedings on Judge Brett Kavanaugh’s nomination to the Supreme Court until a thorough FBI investigation into the multiple allegations of sexual assault and misconduct has been completed.

We have heard credible allegations from three women – Dr. Christine Blasey Ford, Deborah Ramirez, and Julie Swetnick – who bravely shared their traumatizing experiences of sexual assault and misconduct at the hands of Judge Kavanaugh.

We urge you to give these allegations the respect and seriousness they deserve. Anything short of that is an insult to women and girls everywhere and sends a chilling message that survivors should not come forward because they will not be believed.

In 1991, the Senate disrespected Anita Hill, questioned her credibility, and discounted her experiences. Now, 27 years later, Senate leadership has an opportunity to do better.

These courageous women have nothing to gain by speaking their truth and every reason to stay silent and avoid the harassment and death threats they are currently receiving for coming forward.

Survivors deserve to be heard and believed. As a lifetime appointment to our nation’s highest court is on the line, we implore you to abandon the artificial timeline you have created, support these women who have come forward, and do your duty to the American people by conducting a fair and balanced nomination process.

Please remember that the women and girls of the world are watching and looking to you for leadership. We hope you will rise to the occasion.