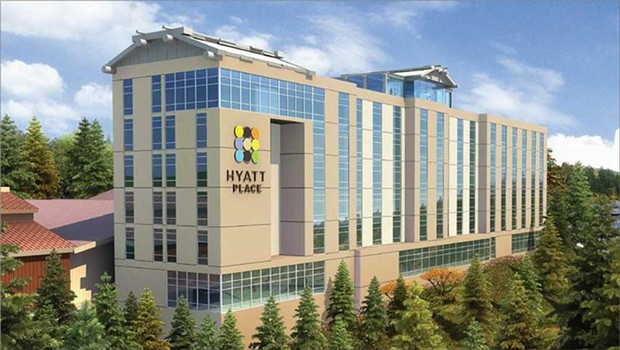 Those concerned about the Trinidad Rancheria's plans to build a six-story hotel on the bluff above Scenic Drive will have another chance to ask questions at a second public meeting scheduled for tomorrow. People will then have a week to send comments to the Bureau of Indian Affairs before the public comment period on the Environmental Assessment (EA) for the project closes Oct. 22.

"We will be responding to concerns raised by community members at the earlier meeting called by HARP (Humboldt Alliance for Responsible Planning)," said Trinidad Rancheria Chief Executive Officer Jacque Hostler-Carmesin. "Our meeting with the city of Trinidad was originally scheduled for Nov. 9, but we moved it forward so that people would have time to comment."

Hostler-Carmesin said that the meeting will include discussion of wastewater, bluff stabilization and the project design, which she said is not yet complete. She will also review the long history of the project, which began in 2009.

The follow-up meeting is being co-sponsored by the city of Trinidad and the Trinidad Rancheria. It will be held at Trinidad Town Hall at 5:30 PM.

The Bureau of Indian Affairs has denied requests made by the public to prolong its comment period.

To read the EA, go to https://trinidad-rancheria.org or view a paper copy at the Trinidad Library. (Find past Journal coverage of the document here.)

Comments on the EA must be received by Oct. 22.